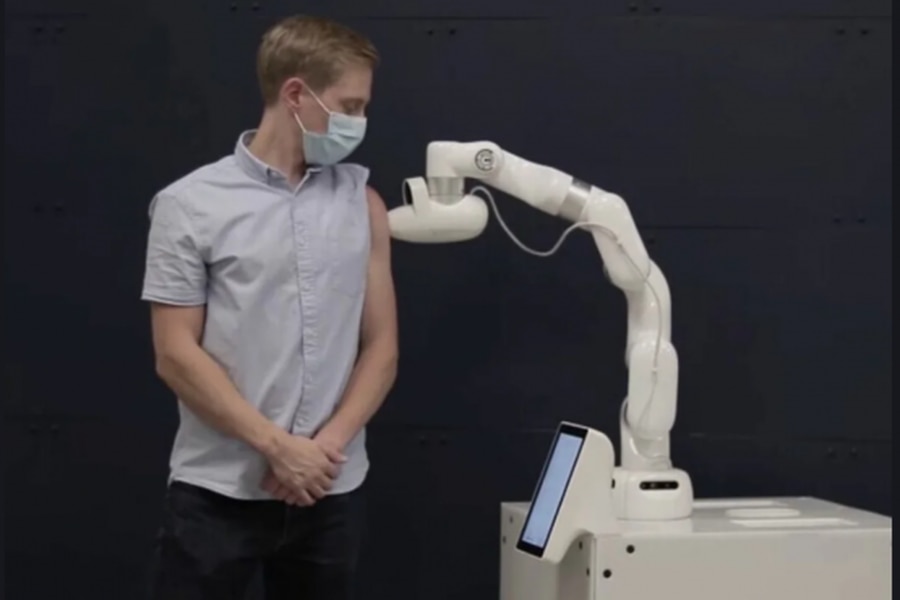 A company founded on the flagship incubator of the University of Waterloo performed the first autonomous robotic intramuscular injection, paving the way to improve patient care in an industry facing a labor shortage.

“Cobi is a versatile robotic platform that can be quickly deployed to complete tasks with 100% autonomy, ”said Tim Lasswell, Co-Founder and CEO of Cobionix. “We equipped Cobi to use needleless injection technology and to demonstrate that patients can receive intramuscular injections, such as vaccines, without needles and without the involvement of a health professional ”.

Nima Zamani, Co-Founder and CTO of Cobionix, He said the new technology has many benefits.

But Cobi’s skills are not limited to medical care. Its manufacturers say that the robot can be adapted to the clean technology and hospitality industries. With a few minor tweaks and some coding changes, Cobi can become a whole new robot that performs a whole new set of tasks.

The real value of Cobi lies in the fact that it can be fully automated. Some robots work at be monitored by humans remotely that control every movement of the machine.

But Cobi is designed to be programmed to run on its own. This is likely to lower the operating costs of the robots and make them useful for many more applications.

For now the robot is not yet ready to go on the market and it could be another two years before it works completely autonomously. But its makers have high hopes when it finally does.

Lasswell and Zamani met in their first year of mechanical engineering at the University of Waterloo more than a decade ago. The two have since completed their master’s in engineering and remain close colleagues. When asked about the idea of ​​starting Cobionix in 2019, Nima said it was a “common vision that we share for the future, followed by the decision to be part of creating that future instead of watching it unfold in front of us. ” The team is currently working on Velocity, the incubator of the university.