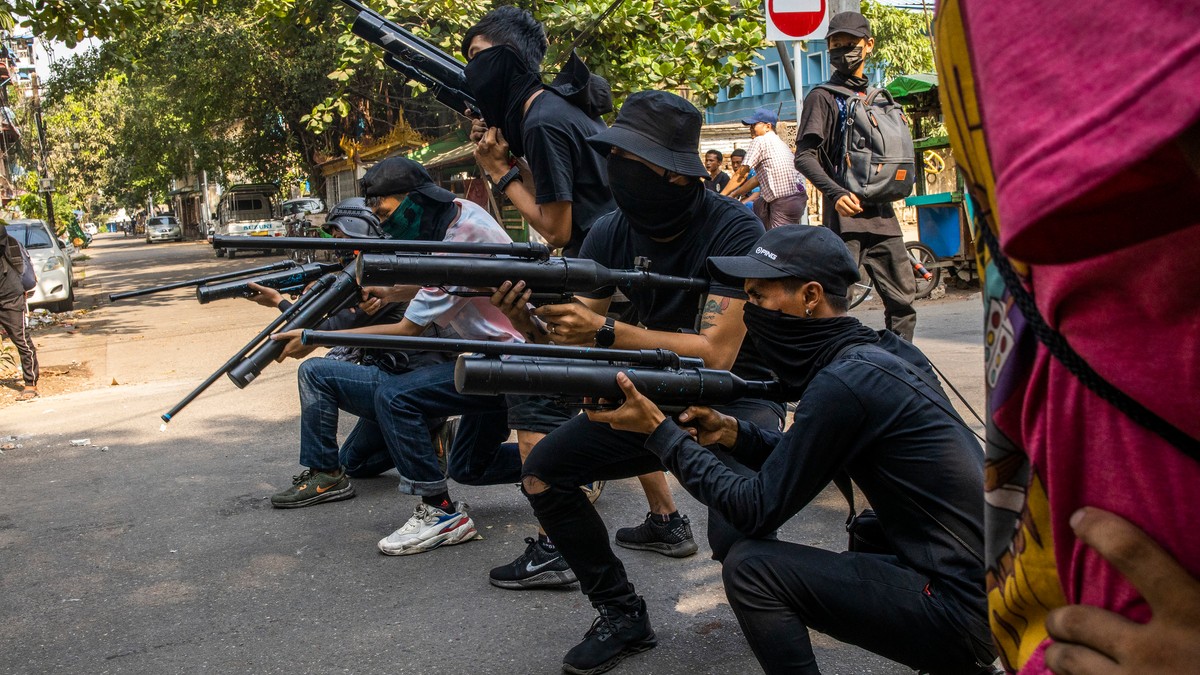 In early July it became known that Telenor sells the company’s mobile business in Myanmar for security reasons.

The buyer is the Lebanese M1 group, controlled by Lebanon’s richest family – the Mikati family. The family has a motley prehistory. Among other things, Najib Mikati, Lebanon’s richest man and former prime minister, was charged with corruption in 2019.

The sale has made many people raise their eyebrows. 464 human rights organizations in Myanmar have now signed a petition against the sale.

They fear that Telenor’s customer and user data will end up in the hands of the military, who will endanger the lives of opposition and civilians.

For security reasons, they do not want the list of the organizations to be published, but NRK has gained access to the list. The organizations have also written an open letter to Erna Solberg, CEO of Telenor, Sigve Brekke, and the royal family, in which they ask Telenor to cancel the sale.

The letter NRK has been given access to states, among other things, that “this sale will encourage the terrorist military junta, and endanger our lives”.

Facts about Telenor in Myanmar

Telenor Myanmar was established in September 2014 after a monopoly solution was abolished.

Telenor is one of the largest operators in the country with more than 16 million customers.

The company has more than 700 employees, and around 40 percent are women.

Myanmar has four telecom companies, two of which are state-controlled, MPT and Mytel. In 2013, the telemonopoly in the country was abolished, which has meant that the Qatari company Ooredoo and Telenor have been licensed and can operate in the country.

The former state-owned company Telenor is a partially privatized and listed limited company. The state is the largest owner with a share of 53.97 per cent through the Ministry of Trade and Industry.

For security reasons, the petition was signed by two activists on behalf of the organizations.

NRK has been in contact with the two activists. They use aliases for fear of revealing their own identity.

The activists say that they have used Telenor as a mobile operator for several years, and that this data can put many people in danger of death if the so-called military junta gets hold of them.

A military junta can be seen as a committee of military leaders. The junta can use this data to map who knows who, and has had contact with, for example, already arrested opposition figures.

The activists describe the M1 group Telenor sells to as an international mafia that has been involved in, among other things, financial crime and corruption.

They fear that the Mikati family will be more inclined to hand over the user data to the military junta than Telenor has been, and thus endanger oppositional and civilian lives.

The activists also come with a request that the Norwegian state break into the acquisition, as the state owns the largest shareholding, with almost 54% of the company.

Following Telenor’s presentation of the second quarter on Tuesday, Brekke answered why the telecom giant is selling out of the country.

– What is demanding is that we are required to follow local orders that we receive from the military authorities, at the same time as we must take care of the safety of our employees. On top of that, we will take care of the values ​​we have as a Norwegian company, says Brekke.

– What orders did you get that you could not live with?

– I would like to be more open about what is going on in this country and how the dialogue between the military authorities and the telecom operators is. But unfortunately I can not be for the sake of the people we have on the ground.

Brekke does not want to comment on what the Mikati family will do with the user data, but emphasizes that Telenor cannot delete the data they have stored.

– We are required by law to keep this type of data, both in Myanmar and all other countries we operate.

Brekke points out that it is historical data, and that it is not the interception of conversations that is in question.

Coup and refusal to leave

Telenor’s operations in Myanmar have become more difficult in recent months, especially after 1 February, then the military seized power in a coup. Among other things, Telenor and the Qatar company Ooredoo had until Monday 5 July to implement technology that allows the regime to monitor telephone calls, messages, internet use and the like in real time, according to Reuters.

The news agency has repeatedly tried to get a comment from the authorities, but has not succeeded.

Following the coup, Telenor and other telecom companies have been forced to close the network and block access to social media, which has been an important tool for the protest movement.

The authorities in Myanmar have also announced that executives in telecom companies cannot leave the country without special permission.

It is uncertain what will happen to the 700 Telenor employees in Myanmar.