Prosperita holding, which belongs to the Moravian billionaire Kurk family, entered the winery twenty-five years ago, when it bought the failing Czech Winery, a producer of the famous cheap wine Sklepmistr. After ten years, he expanded his portfolio with Vinium Velké Pavlovice, which complemented the brand wines with adjectives. Today it is a prosperous wine empire belonging to the largest in the Czech Republic.

“After initial difficult years associated with restructuring, finding and creating a management team and new business ties, and investing in technology, our efforts to capitalize on efficiency and profitability have begun,” describes Miroslav Kurka, Chairman of the Board of Prosperita Holding, which turns about seven million bottles of wine.

“The expected annual EBITDA of the group (profit before interest, taxes and depreciation – editor’s note) is around fifty million crowns, expected revenues around half a billion,” he adds.

The wine group of the Kurk family belongs to the large ones in the Czech Republic. The Central Agricultural Inspection and Testing Institute no longer publishes an overview of the largest producers today, but Bohemia Sekt, owned by the German manufacturer Henkell, remains number one. Bohemia Sekt sold 29 million bottles last year, of which eleven million were still wines. It earned about 1.6 billion and earned half a billion crowns.

The relatively unknown Vinifera group, owned by Slovak billionaire Anton Siekel, is stepping on the heels of the long-term number one for Czech customers. It mainly includes Vinařství Neoklas Šardice, Mutěnice, Sovín and Víno Pezinok.

In addition to the largest wine groups, a number of smaller ones have also established themselves or are trying to establish themselves on the market, usually with a strong investor from a completely different field in the back.

For example, J&T Wine Holding has invested in two companies: the Kolby winery, which once belonged to Sazka during the time of its boss Aleš Hušák, and the Reisten winery. The total annual production is about 240 thousand bottles, with the proviso that the winery should be profitable within two years.

“In 2019, Reisten was in a modest operating profit, Kolby in a modest operating loss,” explains Vlastimil Nešetřil, who is in charge of wines at J&T. The aim is for wineries to be able to generate sufficient resources for their operation and technology renewal in the long term. “Large investments will be covered by shareholder equity. And it is still true that growing vines and making wine must make us happy, “he adds.

One hundred thousand bottles a year are produced by the Johann W winery in Třebívlice in the Most region. The billionaire Jan Dienstl, who was a shareholder in the Czech Coal coal mines in Most and a partner in Pavel Tykač, invested in it.

“We manage around 35 hectares of vineyards. We bought about ten hectares, it is a fifty-year-old vineyard. The others are new, from the time when it was possible to plant, “describes the cellar master Martin Nesvadba, who moved to the Czech basin from the Kolby winery.

Wine from Třebívlice is intended for gastronomy or private clients. However, the road to profit is long. According to the last financial statements for 2018, the winery had a loss of 48 million crowns with revenues of 14 million crowns.

There are also a number of other wineries in the hands of financiers and entrepreneurs. Most of them are small or medium-sized and earn tens of millions of crowns a year. For example, the Sonberk winery was built by Proxy Finance. Land magnate and large farmer Gabriel Večeřa, to whom Agro Měřín belongs, owns the New Winery in Drnholec. One of the shareholders of RSJ and the Czech philanthropist Libor Winkler co-owns the Dobrá vinice winery in Ratíškovice.

Investments of up to hundreds of millions

The common feature is that the operation of a winery and turning it into a profit requires a relatively large investment. Not only for the modernization of machines and equipment, but also for vineyards and additional services. The winery is usually no longer just selling wine in a shop or wine shop, but in the whole complex of services from accommodation through the cellar to tastings and other events. For example, J&T is preparing a wine resort in the Kolby winery in Pouzdřany.

The sale of bottles is essential for making a profit. The cultivation of grapes in the vineyard itself is very fickle in terms of profitability, dependent on nature and the changing price of grapes. 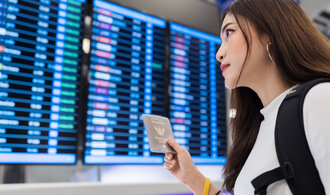 “The industry is profitable, but viticulture itself is worse off. The finalization is important, ie the production and sale of the final product, “confirms Martin Půček, head of the Association of Winemakers.

Wine produced in Bohemia and Moravia, around 625 thousand hectoliters, covers about a third of domestic consumption. The rest must be imported.

Despite the disadvantages mentioned, many companies operate as predominantly growing companies. He therefore sells a large part of the grapes to other winemakers. “It simply came to our notice then. There are former agricultural cooperatives that, after the transformation, continue with what they have. They usually have other agricultural production such as grain or livestock, “describes Martin Půček.

According to ÚKZUZ statistics, Vinofrukt is one of the largest grape growers, where Chateau Valtice, owned by the Štastný family, Mikrosvín Mikulov and Lahofer in Znojmo, holds 39 percent. 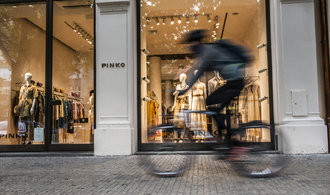 “Currently, our wine family takes care of almost 630 hectares of its own vineyards. It is a huge job, but it gives us freedom and independence from the key raw material, the grapes, because we have our own. We produce less than three million liters of wine a year, which ranks us among medium-sized wineries, “describes David Štastný on behalf of Chateau Valtice.

At the same time, further property transfers of both vineyards and entire wineries can be expected in the future as well.

“We are looking for other vineyards, which are on a larger integrated area. However, there are few of them on the market, so we are waiting for opportunities, “says Miroslav Kurka, for example, adding that they are also looking at whether any acquisition of wineries that fit into their portfolio would make sense.

“We are not planning this, but if a very interesting acquisition option comes, we will definitely consider the possibilities,” adds David Štastný from Chateau Valtice, which earned 32 million crowns last year with revenues of 276 million.