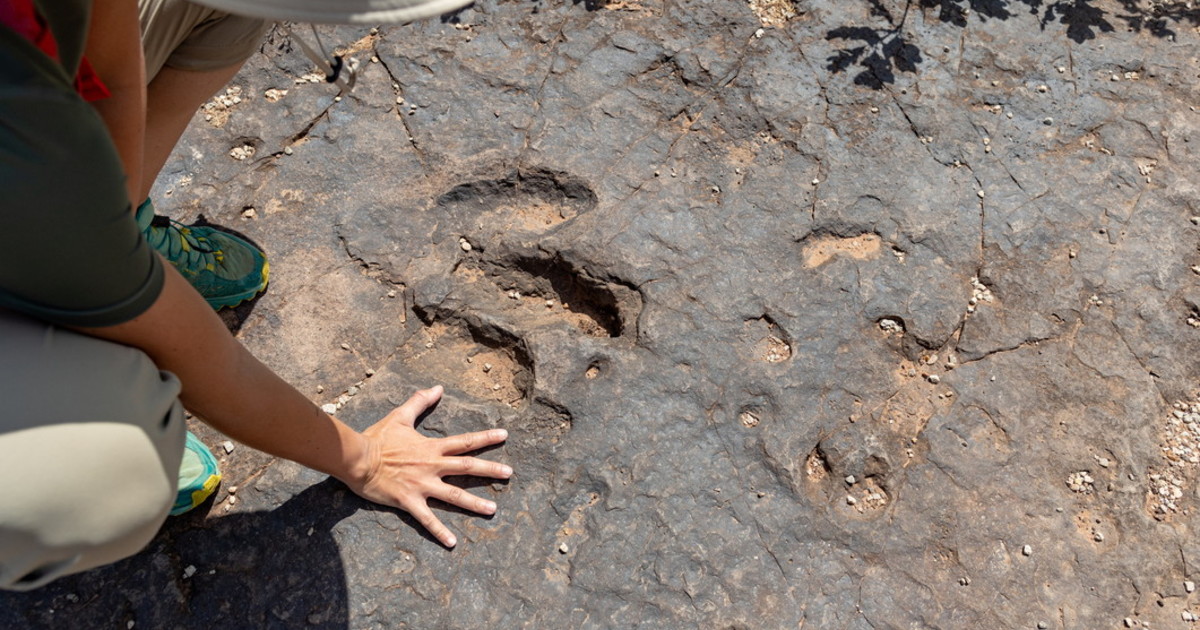 Humans were present in America as early as 23,000 years agoThis is demonstrated by some footprints just discovered in New Mexico. This is the oldest trace of human presence on the continent and proves that someone lived there even before the last Ice Age. This discovery was made by researchers from Bournemouth University, in collaboration with the US Geological Survey. The footprints in question were found within White Sands National Park, in New Mexico.

Footprints were left in the soft mud at the bottom of a lake, where they then solidified and preserved for all these millennia, trapping even seeds of primitive plants inside them. The crystallization of the footprints – which have come down to us – also occurred thanks to the glaciation of the lake due to the period of intense cold. “Our dating of ancient seeds are very precise and demonstrate a stratification of seeds belonging to different historical periods within the same imprint – he explained Kathleen Springer of the US Geological Survey. – Radiocarbon analysis made it possible to date them “.

This is an extraordinary discovery. In fact, until now it has always been thought that the oldest human settlements on the American continent date back to about 16 thousand years ago. Archaeologists believed the presence of man before this period was unlikely. The recent discovery, however, says the opposite. The footprints found are of various types: there are human ones, but also those of some animal species such as birds, mammoths and wolves. This suggests an interaction between humans, animals and even the natural environment. “We can hypothesize that our ancestors were pragmatic, dedicated to hunting and adopting survival strategies, but what we see through these footprints is a game activity that involves individuals of different ages – explained the professor. Matthew Bennett -. A real insight into the daily life of the time “.