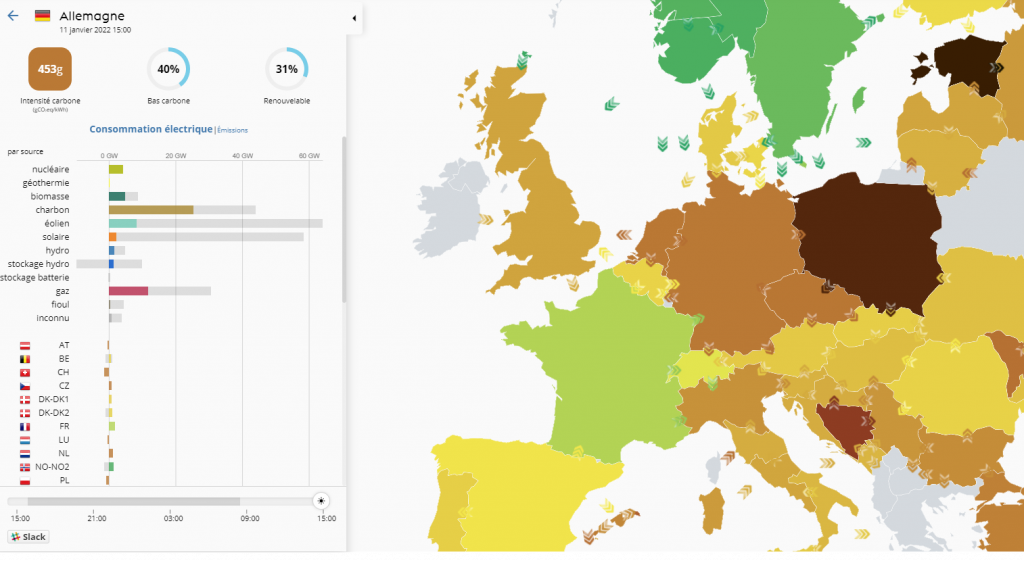 The European Commission’s plan to make nuclear energy a “green” label in the European taxonomy is alarming. Germany, and probably soon Belgium, are becoming increasingly isolated.

Billions in subsidies are at stake. To achieve its target of carbon neutrality by 2030 and then by 2050, the EU wants to promote renewable energy through a taxonomy. One of these low-carbon energy sources would be nuclear power.

On the Finnish side, the leader of the Green Party in the Finnish Parliament, Atte Harjannes, stated in the German newspaper on Sunday The world that the ecologists had adjusted their vision of nuclear energy in 2020, based on “science”: “Natural energy is of course sustainable. The amount of waste is very small compared to the enormous amount of CO2-neutral energy that a nuclear power plant produces. This waste can be safely stored, unlike the greenhouse gases emitted by a coal or gas power plant,” as stated to Mail International.

For Atte Harjannes, “the end justifies the means”. He believes nuclear power will enable Finland to become carbon neutral by 2035.

Germany has no intention of changing course. Germany’s three remaining nuclear power plants will be shut down by the end of the year. This is the result of a decision taken in 2011, after the Fukushima disaster in Japan, which was followed by large-scale protests against nuclear power in Germany. Symbolizing a diametrically opposed view, one member of the SPD majority recently compared pronuclears to antivaxxers.

Since his decision, Germany has one of the worst carbon footprints in the EU. While the country has made significant progress in deploying renewable energy sources, these remain insufficient. This means that Germany is in reality forced to get its energy from coal.

In the new taxonomy, the Germans have insisted on including gas as “green” energy. Germany is counting on gas, which is cleaner than coal, to achieve carbon neutrality. For this, the country is counting on the Nord Stream 2 project, in collaboration with the Russians

Germany is becoming increasingly isolated on the nuclear issue. The coalition the Germans are forming with Austria, Ireland, Portugal, Luxembourg and probably soon Belgium is opposed to France and the Eastern European countries, which see nuclear energy as the ideal way to do without coal. Thus, in the taxonomy, which is the result of a compromise, nuclear energy and gas should be classified as green energy sources; one will not do without the other.

In France, green presidential candidate Yannick Jadot, who has long opposed nuclear energy, has been very discreet on this issue, reports Sunday Newspaper. Because he knows that a majority of voters, even on the left, support nuclear power. Even within the green voter base, the mindset towards nuclear energy seems to have changed.

In Belgium, the decision has been made to phase out the use of nuclear energy by 2025 under pressure from the MR postponed for the umpteenth time. However, it is difficult to see how the Belgian Greens could not succeed in a struggle that has been going on for 20 years. The coalition agreement will lead to a gradual abolition of nuclear energy, and Green Minister Tinne Van Der Straeten has been mandated to do this.

It will do its utmost to secure electricity supplies, despite the various disputes over the construction of new gas-fired power plants, which should partially offset the exit. In addition, there is no majority to reverse the law requiring the phasing out of nuclear energy by 2025. It is little consolation for the liberals that a budget of 100 million euros will be allocated to the study of highly hypothetical reactors of the new generation.

This is the path also encouraged by the European Commission. Internal Market Commissioner Thierry Breton estimates that Europe will invest some 500 billion euros by 2050 in the new generation of nuclear power plants. Germany and Belgium will then be left to their own devices.

Nuclear power plants currently produce a quarter of the EU’s electricity, according to Eurostat figures.