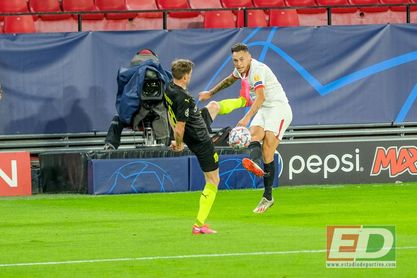 The hectic pace of 20/21 continues for the Sevilla. With hardly any vacations after being proclaimed champion of the Europa League and its classification for Champions, has made the Nervionenses are facing a demanding schedule of matches.

Thus, after winning the Celtic (4-2), Julen Lopetegui, Nervionense coach, who returns to Krasnodar, a city with bad memories for Asteasu’s, led a recovery session and provided the list of expedition members to travel to Russia and face the Krasnodar Tuesday in a new Champions League match.

A total of 23 players have mentioned Lopetegui, with the presence of five homegrown players. Goalkeepers Alfonso Y Adrián, who debuted with him Sevilla Athletic this Saturday against Córdoba (1-2), as the third goalkeeper, in addition to the very young Carlos Álvarez, Juanlu and Zarzana. The rest of the call is made up of: Vaclík, Koundé, Diego Carlos, Sergi Gómez, Rekik, Escudero, Fernando, Gudelj, Jordán, Rakitic, Óliver Torres, Franco Vázquez, Óscar Rodríguez, Ocampos, Idrissi, Munir, De Jong and En- Nesyri.

It is necessary to highlight the absence of the sanctioned Jesus Navas, the injured Acuna and Suso, in addition to Bono and Carlos Fernández, confined after confirming their positive for coronavirus. Javid Díaz, Aleix Vidal and Gnagnon do not travel either as they are not registered. Idrissi, after his exciting debut against Celta, travels with the desire to add more and more minutes.

Sevilla, together with teams like him Bayern Munich, the Manchester City, the Chelsea, the Liverpool and the Barcelona, can tie up his presence in the knockout stages of the Champions League.