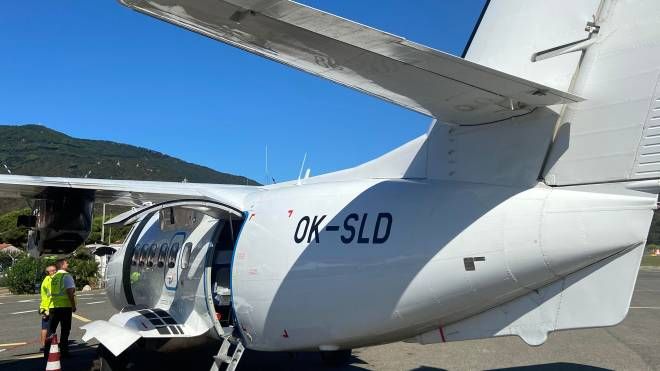 Elba Island, 22 September 2021 – From Bologna to the wonders of the Island of Elba in less than an hour. The new flight of the company Silver Air, active from today to October 4, is just a preview of what will become reality during the next season, from June to September 2022.

Silver Air Bologna, here is the late summer flight to the Island of Elba

On top of the preferences of vacationers in the summer of 2021, the‘Isola d’Elba is an increasingly coveted destination by Italians and foreigners. This is also how the Marconi, from now on, will function as the “gateway to Europe” to connect the splendid Tuscan island to the rest of the world.

“The motivation that drives us is to make the island known to as many people as possible – explains Niccolò Censi, manager of the associated tourism management and of the VisitElba brand -. something bigger and more important. The summer season went well and this pushed us to want to give something extra. “

Beaches, sea, diving, walking, trekking, bicycles: the island of Elba offers everything and more for an escape full of holiday nostalgia or a weekend dip. The island thus becomes connected with Bologna after Florence and Pisa, and the seasonal routes with Milan Linate, Lugano and Chaud de Fonds (also in Switzerland). At the moment, three weekly frequencies have been planned, two on Wednesdays and one on Friday. Ticket sales for 2022 will be active from 1 December. Some flights scheduled before 4 October are already full.

“I thank all the Elban side for this opportunity – explains Antonello Bonolis, Marconi’s Business aviation director -. We approached 2022 with great positivity, the Bologna Elba flight is extremely interesting for us: not so much because it adds a destination (there are already 101 in the ‘hot phase’ after Covid), but because I am convinced that three frequencies a week will not be enough . And this would mean having started off on the right foot right away “.