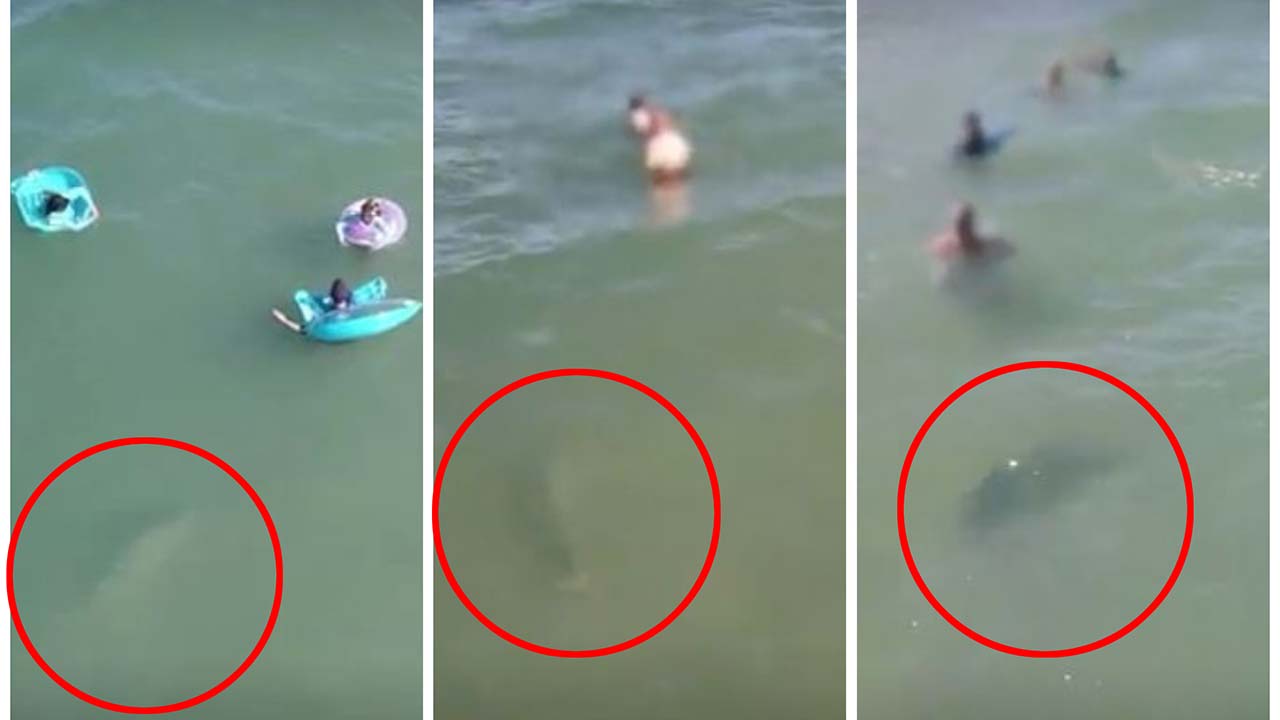 Exceptional footage captured by accident by an amateur with the drone. A shark swims almost ashore and brushes past several unsuspecting swimmers in Daytona Beach, Florida. The footage, shot by Blake Russ, shows several people, including children, in the water not seeing the shark. Fortunately, the predator does not seem interested in the presence of humans and departs within a few minutes. Russ explained to Reuters “The shark walked around for a quarter of an hour, crossing several groups of swimmers, who often greeted the drone overhead and did not notice the animal that was passing right by.”