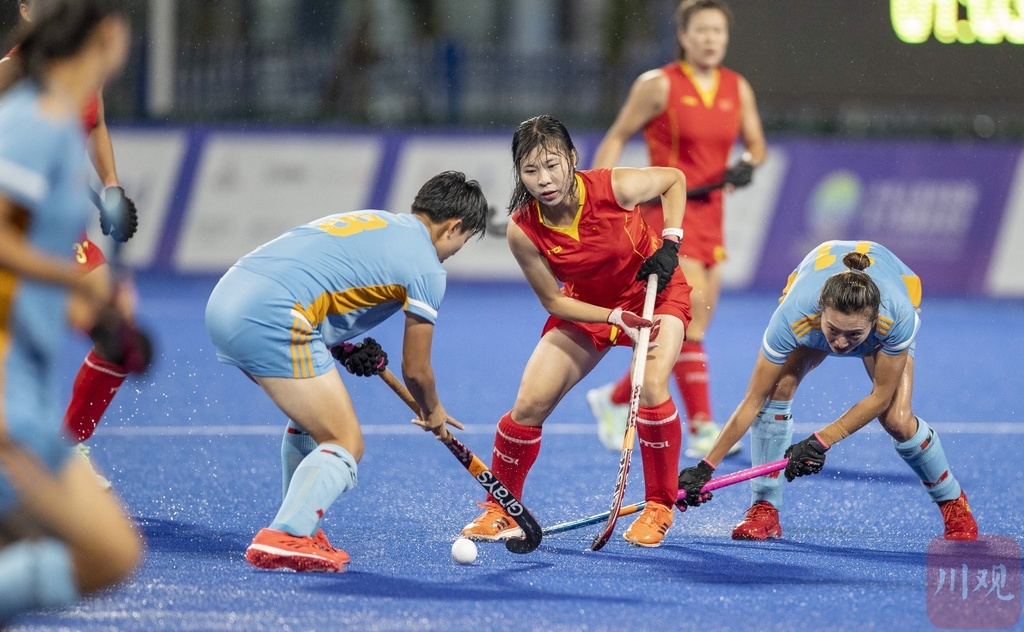 
The women’s hockey final of the 14th National Games was held in the hockey field of the new campus of Xi’an Institute of Physical Education. The defending champion Sichuan (blue) lost to the Olympic joint team (red) in a fierce battle in the rain and won the silver medal. In the Olympic joint team on the championship podium, there were 5 Sichuan women’s song girls. According to relevant policies, they also won the 18th gold medal for the Sichuan delegation. So far, the number of gold medals won by the Sichuan delegation at this National Games has surpassed that of the Tianjin National Games four years ago.