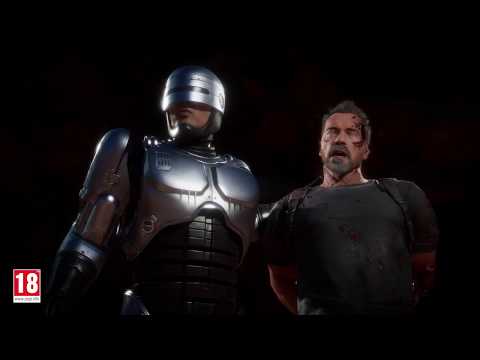 Warner Bros. Interactive Entertainment and NetherRealm Studios have a new trailer for Mortal Kombat 11: Aftermath released, in which RoboCop takes on the Terminator.

RoboCop debuts as a guest character in Aftermath. In the trailer, he can immediately take on the Terminator that was already part of the Mortal Kombat 11 Kombat package.

Robocop’s voice is voiced by Peter Weller, who also played the character in the original film ‘RoboCop’ (1987) and its sequel ‘RoboCop 2’ (1990). His opponent, the Terminator, is based on Arnold Schwarzenegger’s character from the movie “Terminator: Dark Fate”.

Mortal Kombat 11: Aftermath will be out May 26.