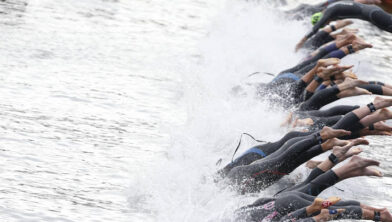 The follow-up investigation into alleged social insecurity at the national training center (NTC) in Sittard has started in the past. Bureau Unraveling from Arnhem will conduct the investigation and is expected to present the findings at the end of April, the triathlon association (NTB) reports.

The investigation focuses on the stories that former triathletes brought out at the beginning of last year, in which they spoke of psychological and physical abuse at the NTC.

In November, research agency Fijbes already presented a report on transgressive behavior within the national training center, but that was focused on the current situation. The alarming stories of the past were not included.

The conclusion was, among other things, that there is insufficient social safety within the current top sports program of the NTB. The report discusses group formation, exclusion, gossip and bullying. The researchers made thirteen recommendations to improve the situation.

One of those recommendations was to also investigate possible abuses from the past. To guarantee the independence of that investigation, a supervisory committee has been appointed, consisting of Herman Ram (chairman), Anne Loes Kokhuis, Dolf Segaar and Helmuth Stoop. Rita van Driel, social safety adviser at the NTB, will act as secretary of the committee.

The results of the first report in November led to the resignation of the entire board of the NTB and later also director Rembert Groenman, technical director Adrie Berk and head coach Louis Delahaije.