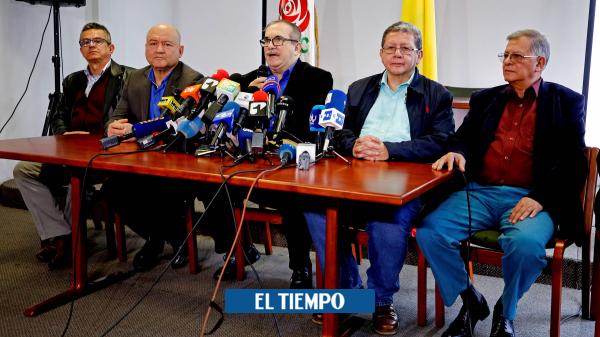 The former CTI agent of the Prosecutor’s Office Gustavo Sastoque was convicted of the homicide in Bogotá of the former guerrilla Hernando Pizarro León-Gómez, one of the crimes that the FARC announced it would recognize before the Special Peace Jurisdiction (JEP).
​

Pizarro was assassinated on February 26, 1995, in the Alta Mar neighborhood, north of Bogotá, after being kidnapped.

Sastoque was working as an official of the Technical Investigation Corps (CTI) of the Prosecutor’s Office, when he was arrested along with other people for the homicide.
.
Investigations into the former guerrilla’s crime led the Prosecutor’s Office to open a preliminary inquiry against three other CTI officials, allegedly involved in the irregular operation that culminated in Pizarro’s death.

According to the investigations, on the day of the crime the murderers arrived at a house in the Alta Mar neighborhood, where Pizarro was, and identified themselves as members of the Prosecutor’s Office. They then put him into a vehicle from which he jumped, despite being handcuffed.

In the presence of residents of the sector, who heard the screams of the subversive, the murderers reassured them by telling them that they were from the Prosecutor’s Office. Then they assassinated him and left his body in the vicinity of that place.

Within the process, at the time the Regional Prosecutor’s Office of Bogotá issued an arrest warrant against Carlos Celis, former head of security for Antonio Navarro Wolf, then mayor of Pasto (Nariño), for his alleged link to the murder.

Sastoque, who during the trial alleged that he was innocent, was sentenced to 40 years in prison and paid eleven before being released.

In the investigation, the former official maintained that on the day of the events he was not at the place where Pizarro was murdered and that he was buying shoes.