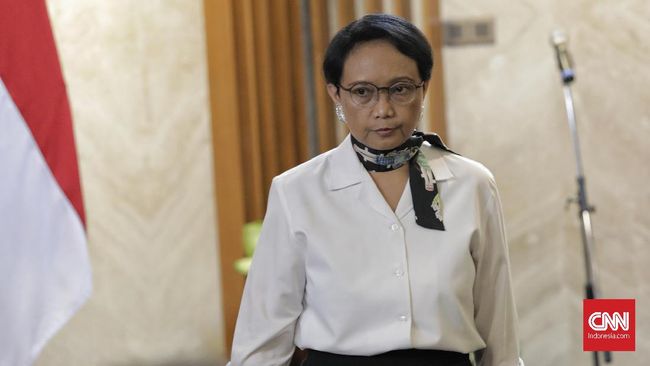 Indonesian Minister of Foreign Affairs, Retno Marsudisilent when asked about rejection Singapore on the arrival of Abdul Somad alias UAS.

“Oh, no. I did. Thank you. recognizes“, said Retno when she was met after participating in the election and appointment of the Rector of Gadjah Mada University for the 2022-2027 period at the UGM Senate Hall, Friday (20/5).

Retno then went to her car and immediately left the location.

The Indonesian Ministry of Foreign Affairs itself has opened its voice after Singapore refused to enter the UAS and called the Indonesian citizen an extremist and spread segregation.

Spokesman for the Indonesian Ministry of Foreign Affairs, Teuku Faizasyah, said that the rejection of the UAS was Singapore’s decision that did not need to be questioned.

“If we look at the actual practice of the state so far, the state, based on the jurisdiction and legal provisions in force in its country, may accept someone entering the national territory based on various considerations,” said Faizasyah, Thursday (19/5).

“And we don’t always know what those considerations are. So should we then be asked to explain? Not always.”

Furthermore, Faizasyah explained that Indonesia also has its own immigration rules that have the right to decide who can enter and not enter the country’s territory.

During January to May 17, 2022, Indonesia also refused 452 foreigners at Soekarno-Hatta Airport for various immigration reasons.

“There is no precedent we have to explain what is in the immigration provisions. Likewise what happened according to the question [UAS yang dianggap ekstremis],” said Faizasyah.

Regarding the UAS case, according to him, the Indonesian Embassy in Singapore has tried to provide protection to Indonesian citizens (WNI) who are affected by problems in other countries.

“Wherever our representatives are, we will try to help our Indonesian citizens who are facing problems,” he said.

UAS became public attention after claiming that he had been deported by Singapore. He made this statement via Instagram social media on Tuesday (17/5).

However, an officer withdrew UAS, even though, he said, they had already completed all the documents.

Responding to the upload, the Indonesian Embassy in Singapore said that the speaker was not deported, but was refused entry or not to land.

They claimed to have sent a diplomatic note to the Singapore Ministry of Foreign Affairs seeking further clarification.

Shortly after, Singapore’s Ministry of Home Affairs declared that UAS was extremist and spread segregation so unacceptable in their multiracial and multi-religious territory.