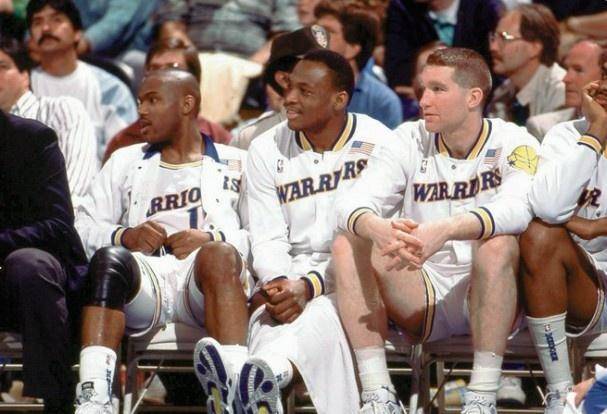 Live it on August 10. According to the US film and television media DeadLine, the famous American director David Charles Rodrigues will shoot a documentary about the famous trio “Run TMC” of the Warriors in the 1990s.

“Run TMC” refers to the Warriors’ offensive triumvirate of Tim Hardaway, Mitch Richmond and Chris Mullin in the early 1990s, who played fast-paced games under Don Nelson. The run-and-gun style is very popular with fans and is the most representative combination of the Warriors before the Splash Brothers.

Billed as “the funniest sports documentary of all time,” the film, which has yet to be named, will be a combination of basketball, hip-hop, and Bay Area nostalgia from the late 80s/early 90s. The documentary is currently in pre-production and is expected to begin filming later this year.

Director Rodriguez said in an interview with the media: “Without Run TMC, there would be no Splash Brothers. The three of them may never have won a championship, but they changed the game forever. Every great sport Dynasties all have an origin story, and none are as fun, transformative, dynamic as the Warriors.”

(according to)Return to Sohu, see more

See also  "Don't Look Up": Can a 10 km Meteor Destroy Earth? (and other science questions about the Netflix movie)