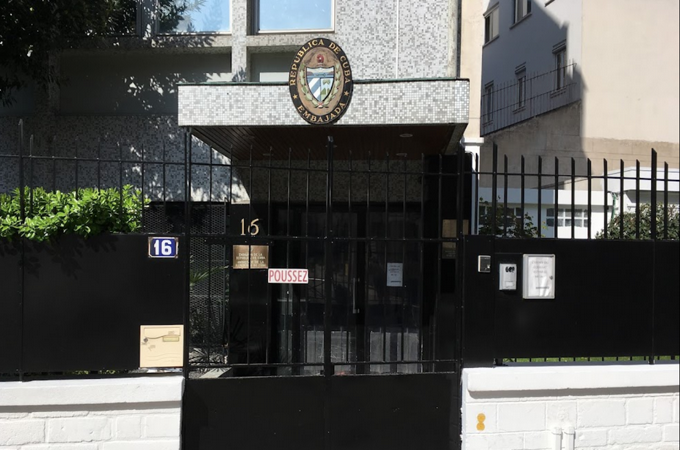 The Government of France has condemned on Tuesday the attack perpetrated on Monday against the Cuban Embassy in Paris and has assured that it has opened an investigation to determine the responsibilities, without any arrests at the moment.

“France condemns the attack on the Cuban Embassy in Paris on the night from Monday to Tuesday”, said a spokesman for the French Foreign Ministry, according to a brief statement published on its website.

Thus, he stressed that “a judicial investigation has been opened to determine those responsible for the act, which has caused material damage but not victims.” “Measures have been taken to reinforce the security system around the Embassy”, has settled.

Hours earlier, the Cuban Foreign Minister, Bruno Rodríguez, reportedly denounced a “terrorist attack” with “Molotov cocktails” against the building, while blaming the United States for the events for “its continuous campaigns” against Cuba.

Specifically, the head of Cuban diplomacy indicated that “calls for violence, with impunity” by the United States “encourage” conduct such as the attack reported at the Cuban Embassy in Paris.

Hours after Rodríguez’s complaint, the Cuban Embassy in Paris issued a statement in which he detailed that he was the object of “a terrorist attack perpetrated by two individuals who threw three Molotov cocktails,” which caused a fire on the façade and the entrance. of the diplomatic legation.