Coronavirus infections are multiplying throughout Europe. Germany, France and Italy, the three most populous countries in the European Union, mark maximums of infected in 24 hours since the start of the pandemic.

This saturday, Germany broke its record again, for the third day in a row, with 7,830 newly infected, almost 500 more than Friday, according to the Robert Koch Institute. German Chancellor Angela Merkel this week asked Germans to stay home as much as possible and limit travel and meetings to those that are essential.

However, the German Foreign Minister, Heiko Maas, expressed this Saturday the willingness of Germany to return to receive coronavirus patients from other EU countries in the face of the growing number of cases. “If our neighbors experience difficulties in caring for patients with coronavirus, logically we will offer our assistance quickly to the extent that our capabilities allow it ”, stated in statements to the German publishing network RND. 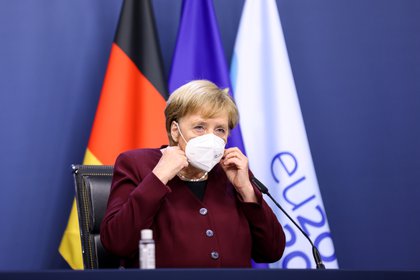 “At the European level we can coordinate it much better now than in the spring through the new early warning system. And in this solidarity I trust if the autumn becomes difficult ”, indicated Maas.

With 32,427 infections in the last 24 hours, throughout the country, France has arranged that the curfew in Paris and eight large metropolitan areas will be stricter this Saturday, from 9:00 p.m. local time, after the flexibility of citizens and police on the first day, which began at midnight.

Although the government and many doctors argue that action is necessary now because hospitals may collapse again, many restaurant owners are upset by the blow to their businesses.

“Closing at 9:00 pm will have no effect (on the virus). They are not attacking him in the right way. “said Gerard, a restaurant manager in Toulouse, in the south of the country. 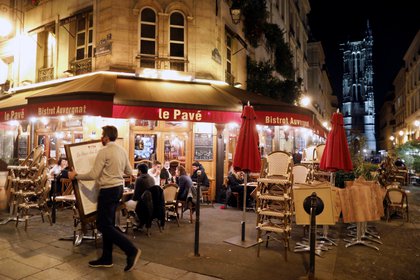 An employee closes a restaurant in Paris, in accordance with new restrictions to avoid COVID-19 infections. REUTERS / Charles Platiau

Italy, with 10,925, also just surpassed its previous case caps in a single day. Italian Prime Minister Giuseppe Conte will announce new restrictions on Sunday to try to curb the increase in cases.

Italian Civil Protection reported the new figures in which the fourth consecutive day of daily record of infections. The bulletin also includes 47 new deaths to add 36,474 deaths and 402,536 confirmed cases since the start of the pandemic. The previous record dates from March 21, in the middle of the first wave of the coronviarus, but then the situation was very different, since many fewer tests were carried out per day and the health system is much less saturated.

Europe already concentrates a third of the daily infections in the world, which today has exceeded 400,000 affected for the first time in 24 hours, and countries such as The Czech Republic, Austria, Poland, Hungary, Bulgaria, Ukraine, Slovenia and Bosnia-Herzegovina have also reached record numbers.

In Spain, the Basque Government announced this Saturday new measures to try to stop the spread of the virus. Social gatherings were restricted to a maximum of six people, the hotel industry was closed at midnight and playgrounds at eleven at night. The hospitality industry will have 50% capacity restrictions indoors, a limitation that will also apply to religious ceremonies or the use of elevators. The Government of Cantabria recommended this Saturday “voluntary self-confinement” and that “social activity and mobility be limited to the maximum”. 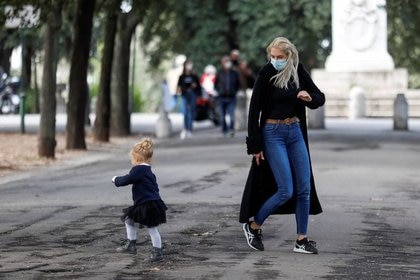 In the United Kingdom the most mourning country in Europe with 43,400 dead, Half of the population of England, that is to say, about 28 million people, have been living as of this Saturday governed by new restrictions.

Gatherings of family and friends who do not live under the same roof are prohibited in London and other parts of England. In the Lancashire region (North West), which together with Liverpool are the two “very high” alert areas, the restrictions are even stronger.

The urgency of the situation puts increasing pressure on the British Prime Minister, Boris Johnson, who has been asked to already impose a containment system known as a “short circuit,” in which the Labor opposition and medical experts call for a specific closure to stop the infections at the root. This measure is similar to the quarantine of the first wave and has been proposed, above all, by the state of British hospitals, many of which are once again at the limit of their capacities.

With information from AFP, EFE, EuropaPress

France, once again faced with the stupor of barbarism