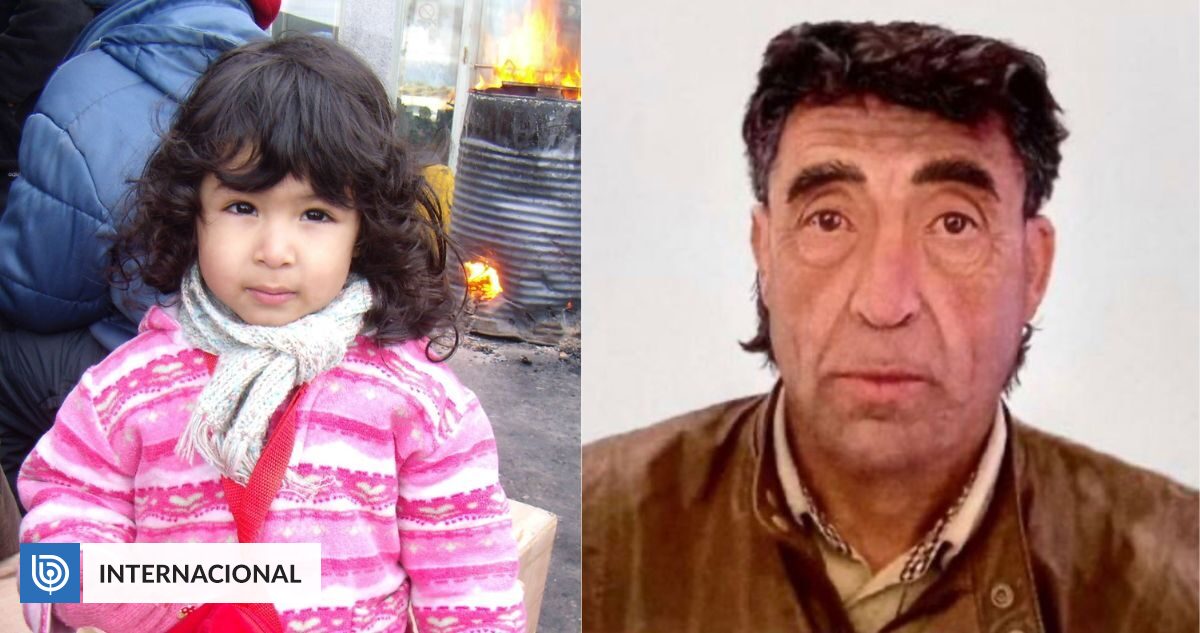 Sofía Herrera, a 3-year-old girl, disappeared in 2008 while camping with her family in the far south of Argentina. After more than a decade of investigations and tracking, Interpol issued a “red alert” to capture the main suspect: a Chilean named José Dagoberto Díaz Aguilar and nicknamed “Espanta la Virgen”.

This Wednesday, September 28, marks the 14th anniversary of the disappearance of Sofia Herrera (3 years old) in a campsite in Río Grande in Argentina, and whose main suspect is a Chilean Wanted by Interpol, nicknamed “Scary the Virgin”.

Despite the fact that the event occurred in 2008, it was only in 2020 that the International Criminal Police Organization issued an arrest warrant against Jose Dagoberto Diaz Aguilar.

The Sofia Herrera case in Argentina

“I will never stop looking for my daughter, I always have the hope that she will come home,” he told The nationMaría Elena, the mother of Sofía Herrera, a 3-year-old girl who disappeared in Tierra del Fuego, Argentina, 14 years ago.

It all happened on September 28, 2008, when Fabián Herrera, his wife and daughter Sofía were camping at the John Goodall campsite, near the town of Río Grande.

Previously, they met another friendly couple and their two children. “We arrived at the campsite at 11:00 more or less… the boys came down, who were four, and I put Sofi’s jacket on,” recalled María Elena in an interview with The Profile.

“A group went to see where we were going to eat and I stayed putting things in the truck. It is estimated that it took 9 or 10 minutes. Already there Sofi did not come in the group, ”she recounted.

“Frightens the Virgin”: Suspect in the Sofía Herrera case

In this almost decade and a half of searching for little Sofía Herrerathe authorities, the family, and even public opinion in Argentina, have considered various theories regarding her whereabouts: From the fact that she fell into a stream, to the fact that she was hunted by a condor, or the possibility of a kidnapping.

Even the parents were accused by a clairvoyant of having buried the girl’s body at her home, and later, extorted by a man who said he had her kidnapped and charged $50,000 for her release. Something that turned out to be false.

Moreover, at this time, the mother asked the Argentine Security Minister, Aníbal Fernández, to carry out a DNA test on a teenager from San Juan, who “is very similar” to Sofia. All with the hope that she is her daughter, now 17 years old.

But the main suspect in the strange disappearance of Sofía Herrera, for the police authorities, is a Chilean from Chiloé: Jose Dagoberto Diaz Aguila.

After more than 10 years of investigation into the case of Sofía Herrera, including with the help of the US FBI, in September 2020, Interpol launched a “red alert” for the international capture of José Dagoberto Díaz Águila, nicknamed “Espanta la Virgen”.

It is about a Chilean day laborer, who is currently 53 years old, linked to the disappearance of Sofía Herrera, by the testimony of a witness, then six years old. Who at that time was but a little boy, I identify the Chilean as “the man who took Sofia”.

“Frightens the Virgin”, also became the main suspect thanks to the story of a provincial police non-commissioned officer who participated in the first searches for the girl. He claimed to have had contact with the accused, who told him that he knew where Sofia is, according to All News.

The policeman reported that while walking along a road in Tierra del Fuego he took the suspect in his car. They entered into a conversation and Díaz Águila told him: “A friend of mine found her crying in a fox trap, hit her and killed her.”

The record of “Frightens the Virgin”

depending on the medium Zero Zone, the Chilean has a complicated record. Acts of extreme violence are interspersed in his pages, such as in 2016, when he climbed onto the antenna of Radio Nacional de Río Grande, demanding that they give him a home and a job.

Also that same year, “Frightens the Virgin” stabbed an acquaintance during an argument. On the other hand, she burned down the house where she lived with another subject. The accident was classified as intentional by the experts.

Now, the suspect is a ghost for justice. It is believed that he may have crossed into Chile, from Argentina, through an unauthorized passage.

According to Interpol official website, there is a “red alert” on José Dagoberto Díaz Águilafor the charges of attempted murder, illegal deprivation of liberty aggravated by violence and malicious homicide and criminis causae.