Complicated relationships are very common in Europe, from young countries that emerged from the disintegration of a federation that still claims them as its own to millennial nations that each century face at least two wars. In this scenario, it seems a miracle that 28 countries have managed to establish general guidelines that allow them to live together in peace, avoid conflicts and act in the face of the world as one.

But nevertheless, Few relationships have as many layers of complication as Greece and Turkey. Conquered by Turkey in the 15th century, between the capture of Athens in 1458 and 1460, the Greek world was part of the Ottoman Empire until the War of Independence of 1830, when the London Protocol recognized the First Hellenic Republic as a free and sovereign State. .

After the independence of Greece, both countries clashed in four armed conflicts, all of them shackled and crucial for the European history of the early 20th century: the Greek-Turkish War of 1897, the First Balkan War in 1912-1913, the First World War (1914-1918) and the Greek-Turkish War from 1919 to 1922. As a result of these war conflicts, the borders in the Balkans, Thrace and Anatolia were redrawn, and the current map became the one we see today.

Greece and Turkey have not engaged in armed conflict directly since 1922 nor did they intend to do so at first, as the signing of the Entente of the Balkans with Romania and Yugoslavia in 1934 demonstrated. their conflicts since then are ethnic, rooted in society, and territorial, difficult to resolve without resorting to violence when neither party is willing to give in, and both countries have threatened war on more than one occasion.

Although relations between the two were cordial in the interwar period, this situation began to deteriorate in the early 1950s for this reason, coinciding with their entry into the North Atlantic Treaty Organization in 1952. The critical point of conflict between Greece and Turkey is the situation in Cyprus, which will be discussed in chapters six and seven of this series, and which continues to this day. The Greek Cypriot revolts in 1953 and the Istanbul pogrom of 1955 against the Greek population marked the beginning of a period of cold relations and hostilities that reached its peak with the Turkish invasion of the island in 1974 and ended approximately after the earthquakes of 1999 with the so-called “seismic diplomacy.”

It was at this time of extreme tension with Turkey that Greece began its procedures to join the then Economic Community of Coal and Steel (CECA), in June 1957. The process was prolonged due to the political situation in the country, which was under a military dictatorship. After the fall of the latter in 1975, Greece presented its official candidacy for membership, and on January 1, 1981, five years before Spain and Portugal, it became a member of the European Economic Community in the first Mediterranean enlargement. As mentioned in the introduction, Turkey submitted its formal membership application in 1987, which was not accepted until 1999.

Despite the fact that belonging to the European Union is clearly an advantage for Greece, not having a defense mechanism similar to Article 5 of NATO – to which both belong – the impact that belonging to one of them has on their bilateral relations to the union is not very big, if not minimal. The only brake that Turkey has had has been its own process of accession to the EU, in which the perception of the Member States on the actions and policies carried out by the candidates weighs heavily: the so-called Copenhagen criteria.

But what if both Greece and Turkey were members of the European Union?

Surprisingly, despite what his past history may suggest, Greece is one of the Member States that most supports Turkey’s entry into the European Union. Although he was firmly opposed until 1999, the “seismic diplomacy” after the earthquakes in Izmir and Athens in the summer of that year changed the Greek position on the Turkish candidacy, which has been favorable ever since.

However, the main conflict between the two – in addition to Cyprus – remains unresolved: the Aegean Sea territorial dispute, which has faced them since the 1970s. This conflict has three parts, land, sea and air, and is stalled by threats of war from Turkey if Greece changes something unilaterally. If both countries were members of the European Union, they could resort to conflict resolution mechanisms between members to achieve a solution sponsored by the other States and by the European institutions.

The main resource of the European Union is mediation. Although it has neither a specific policy nor established lines of action to solve territorial conflicts, the union seeks the so-called “positive peace” – as opposed to “negative peace”, which is only the absence of conflict – in the relations between its members. members, that is, that a point of conflict becomes an opportunity for cooperation to resolve it through European mechanisms and treaties.

An earlier example was the Northern Ireland conflict, in which the European Union mediated territorial and customs issues after the cessation of hostilities on the island to ensure that, rather than a source of ongoing friction, Ireland and the Kingdom United will strengthen their relations around the rights of the Irish on both sides of the border.

In the case of the Aegean Sea, the dimensions of the conflict are the continental shelf, which gives exploitation rights to the country that owns it: the territorial sea, delimited at twelve nautical miles from the coast by the United Nations Convention on the Law of the Sea (CONVEMAR) of 1994, the airspace, which Greece claims should be greater, and the sovereignty of several uninhabited islets, among which Imia / Kardak stand out. As the population (European citizens) were not part of this conflict, the mechanisms of the union would work differently.

The easiest point to solve would be the territorial sea. Both countries exercise their right over six nautical miles from the coast, half of what is established by CONVEMAR, because Turkey claims that, due to the dense population of islands in the Aegean Sea, the twelve miles are too many and would prevent the free transit of vessels. Turkish. The conflict reaches such a point that Turkey has threatened war if Greece decides to apply the twelve mile law. If both countries were members of the European Union, the latter could oblige both parties to accept CONVEMATE without exception or mediate in favor of the creation of a specific law that ratifies the six miles in the Aegean Sea.

The continental shelf is more difficult to treat, since CONVEMAR establishes that they are at least two hundred nautical miles from the coast, and can claim up to three hundred and fifty. In the case of the Aegean, similar to the maritime conflict, the density of islands that belong to Greece would convert practically the entire continental shelf under this sea into Greek property. The main difference, however, is that this would grant Greece exclusive exploitation rights over the resources of the seabed, something that Turkey is not willing to accept.

In fact, the last event that caused the escalation of tensions between the two countries took place in August 2020, when Turkey entered Greek territorial waters near the island of Kastellorizo ​​to carry out oil and natural gas exploration. Similar to the limitations on fishing and other sources of resources and maritime trade, the European Union would have a more complicated role: to invoke CONVEMAR to the great detriment of Turkey or to create a specific maritime law for the Aegean Sea, something that, without a doubt, it would not be easy at all.

Seen from any perspective, Turkey’s accession to the European Union would be a source of intra-community conflict with Greece that is very difficult to resolve, perhaps even more than the current situation. The Union does not have mechanisms for the resolution of territorial disputes, and its attempts at mediation would cause the discontent of one of its members regardless of the result. This could mean the beginning of the procedures for the separation of the injured party and the coming of a second period such as Brexit, something extremely negative for the European Union, which is not prepared for two divorces in one year. 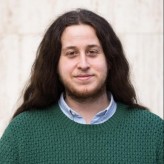 Madrid, 1995. Graduated in Business Administration and International Relations and master’s degree in Geopolitics and Strategic Studies from the Carlos III University of Madrid. Interested in economic policy, digital transformation, foreign action of the European Union and the Turkish world.