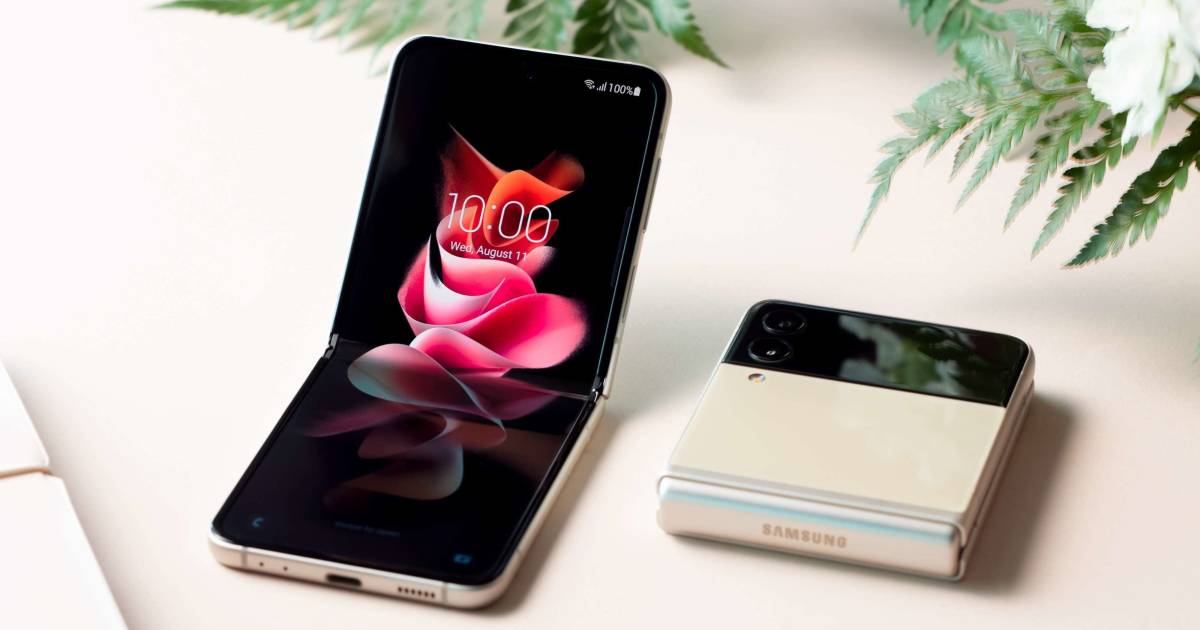 Samsung brings its new folding smartphone Galaxy Flip3 5G. In the test, it has to show whether the concept has a chance.

They had a long run-up, not least when it came to sales via specialist retailers: We are talking about smartphones with foldable displays. The first models from Samsung two years ago were only available in tiny numbers, and competitors from Huawei and Motorola also made themselves scarce in sales. But now Samsung wants to enter the mass market with the topic and is opening the sales channels for the Galaxy Flip3 5G and its bigger brother Fold3 5G.

We used the Galaxy Flip3 5G to test whether the cards would be reshuffled for upper-class smartphones, which promises more quantities with its significantly lower price and compact design. Because folding smartphones were previously quite expensive fun, the Koreans have significantly reduced the purchase price of the Flip3 – with 1049 francs for the smaller storage version with 128 GB, it now competes with other high-end smartphones.

And it also offers something really new. The concept of building a compact smartphone and then opening it to its normal size by opening it quickly proves to be useful in practice. Because when folded, the almost square flip is just 8.6 centimeters high and fits well in your pocket. At 17 millimeters, it is quite thick when folded, and just seven millimeters when unfolded. The weight is within tolerable limits at 183 grams.

The metal housing, which is available in four colors, looks well made, nothing wobbles and with IPX8 the smartphone is waterproof for up to 30 minutes at a depth of 1.5 meters even in clear water. There is no protection class against dust, however, as this could penetrate via the hinge.

See also  NASA rehearsal to save the Earth from an asteroid will turn into chaos, scientists calculated

Nevertheless, this component appears to be geared towards a long service life. It can be folded steplessly up to 180 degrees, which is useful for video telephony, for example, if the smartphone is set up at a 90-degree angle. Shake-free camera recordings can also be made in this way without a tripod. Compared to its predecessor, Samsung has improved the rectangular external display with 1.9 inches diagonal, it now not only shows incoming messages, but can also serve as a viewfinder for the main camera positioned next to it when selfies are to be taken.