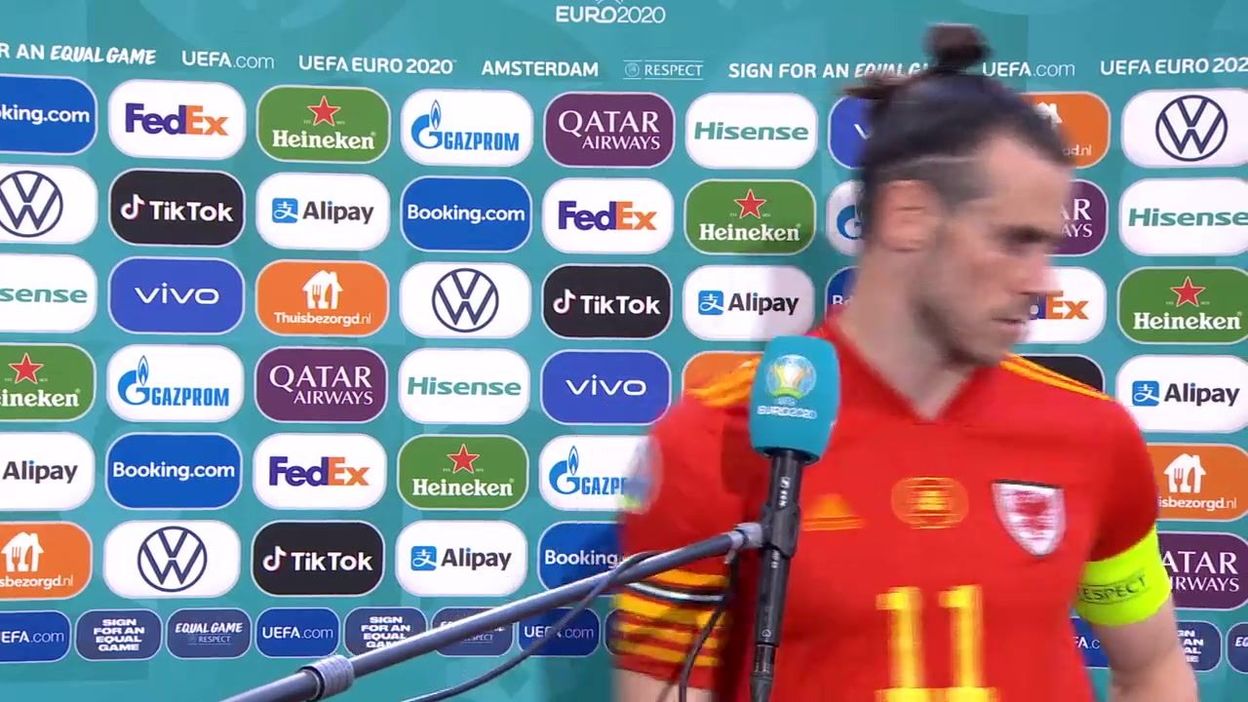 Gareth Bale had a rather complicated evening this Saturday evening leaving the Euro with Wales in the round of 16, beaten by the impressive Denmark. Obviously disappointed, the Welsh captain nevertheless lent himself to post-match obligations and presented himself for the interview.

An exercise he decided to cut short when the BBC journalist asked him if it was his last match under the colors of his country. The Real Madrid player just said “Ok” before turning away from the microphone and walking away. It must be said that after a heavy defeat and elimination in a European championship, it is sometimes difficult to totally control your nerves.

Bale eventually returned to the event and said more about his future: “People ask stupid questions all the time“, he told Welsh television S4C a little later.”I love playing for Wales. I will play for Wales until the end of my career“At least this time it has the merit of being clear.

“Qualifying for the World Cup has only just started. I think if we keep our confidence high, keep playing football, we can qualify for the next World Cup“said Gareth Bale, 31.

In club, Carlo Ancelotti would like him to play the season with Real Madrid to which he still belongs after a loan to Tottenham.

See also  Towards the new normal in Miami