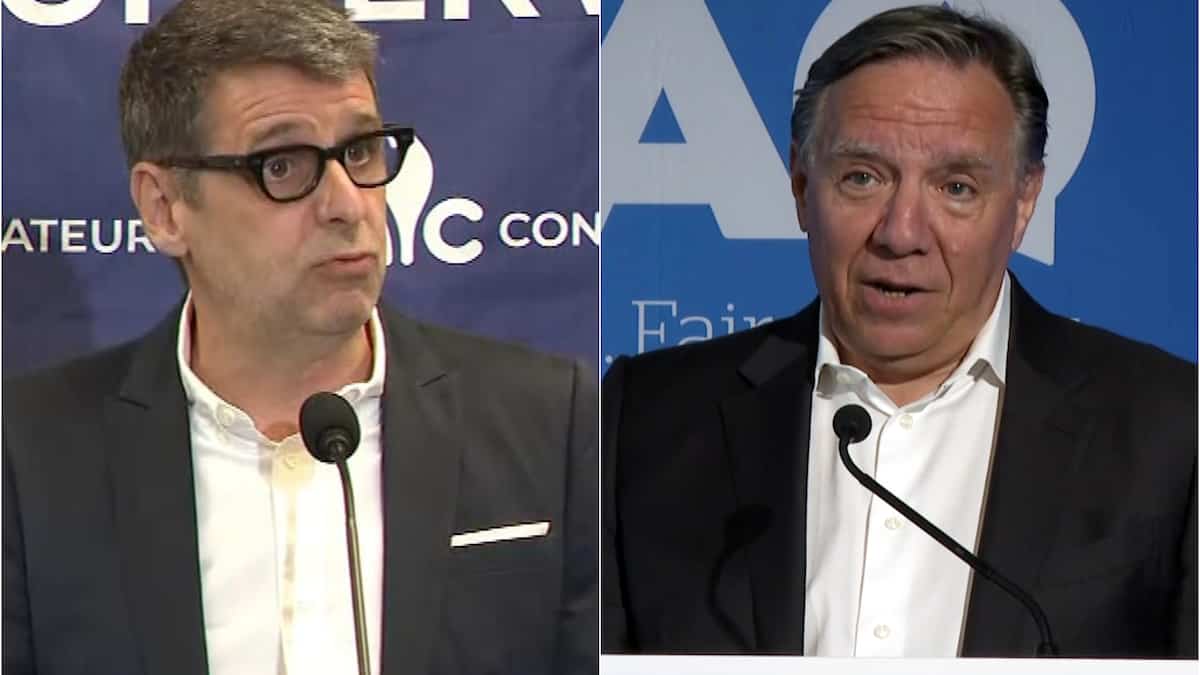 Quebec Premier François Legault shot an arrow at the leader of the Conservative Party of Quebec (PCQ), Éric Duhaime, at a press briefing on Tuesday morning.

• Read also: Orphan patients: there is still work to be done, admits Legault

During the question period that followed the presentation of the candidate of the Coalition avenir Québec (CAQ) in the riding of Laval-des-Rapides, Mr. Legault broached the subject of gas prices.

The leader of the PCQ is of the opinion that gasoline taxes should be reduced, an idea that François Legault does not share.

To counter inflation and the rise in the price of gasoline, the head of the CAQ prefers, in particular, to give money back to taxpayers.

“When some propose to reduce taxes on gasoline, there is a real risk that it is the oil companies who pocket the difference and that is really not what we want”, launched François Legault.

“And we also want, for environmental reasons, to be able not to subsidize a product that we want to see reduced consumption in the coming years,” he added.

See also  Russian retailers have begun to raise prices for games for the PlayStation - their cost has increased up to 8,000 rubles