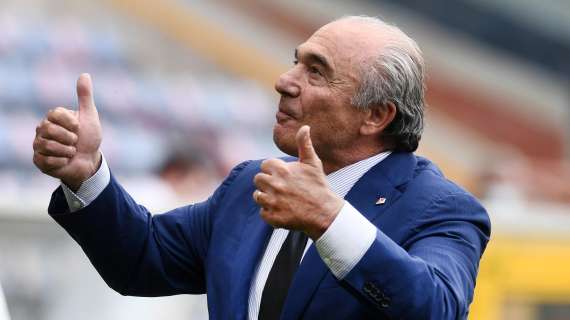 A return made of smiles, hugs, and a great load of emotions. Rocco Commisso he had left Florence last December 3 to be cured, official statement in hand, of a “troublesome pneumonia to monitor”. Now, eight and a half months after returning to the States, the purple president has returned to Florence to accompany his team in this difficult and fascinating start to the season between the championship and the Conference League playoffs. The first day in purple sauce was immediately intense, which began with the arrival in the late morning at the sports center where the team had finished training. Managers and players, technical and medical staff, warehouse workers: all in front of the structure to welcome him as you do with loved ones you have not seen for a long time and Commisso to reciprocate by greeting old acquaintances and new faces one by one such as Dodo and Jovic, Gollini and Mandrake. A hug to Milenkovic, testimonial of Fiorentina’s desire with the extension until 2027, an even more intense one with Italian. Finally, yesterday afternoon, Commisso paid a visit to the Viola Park construction site, which once completed (it should be ready between the end of 2022 and the beginning of ’23) will host all the Viola teams. In the meantime, tomorrow will be the championship.