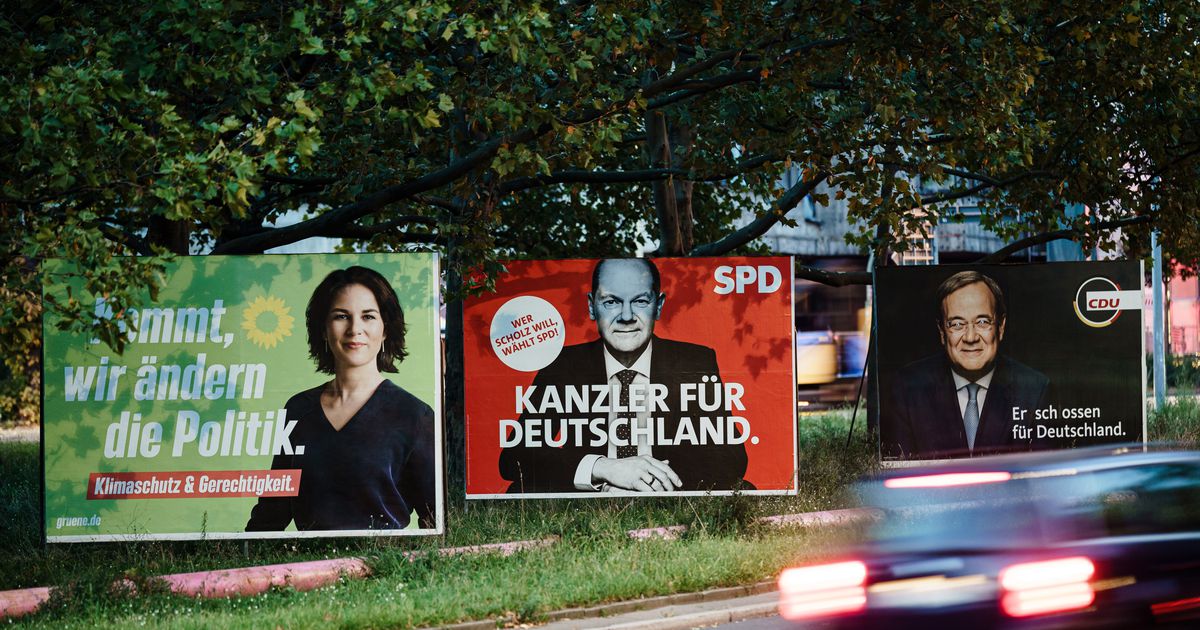 “The three parties have become stronger, so this is a clear mandate from the electorate,” Scholz said, referring to the SPD, the Greens and the Liberal Free Democratic Party (FDP).

For their part, the Christian Democrats (CDU) and their Bavarian sister party, the Christian Social Union (CSU), “have not only lost but received a message from voters that they must remain in opposition,” the SPD candidate added.

The three parties, which he believes should unite in the new coalition, have “enough in common” to form a government, and coalition talks should proceed “pragmatically and peacefully,” Scholz said.

Meanwhile, CDU / CSU candidate Armin Lashett does not intend to deviate from his constitutional right to try to form a coalition government, despite the fact that the SPD outperformed the Conservatives, who showed the weakest performance on Sunday since World War II.

“Neither of the major parties has a clear government mandate,” Lashett said at a news conference on Monday, adding that the days when each of the two largest parties won more than 30% of the vote are over.

“Only a person who can bring opponents together can become chancellor,” the CDU leader said, pointing out that there are huge differences between the green and FDP programs.

However, Lashett’s claims to forming a government have sparked controversy within the Conservative camp, with CSU leader and Bavarian Prime Minister Markus Zeder saying that the Conservatives’ poor performance in the election did not entitle them to take over the government.

At the same time, Zeders pointed out that the obligation towards their supporters forces the Conservatives to participate in negotiations with other parties about the next coalition.

At a meeting of several CSU representatives in Munich, the CDU, and in particular Lashett, has earned criticism from its Bavarian partners for the mistakes made during the campaign, sources say.

At the beginning of the year, Zeders also applied to become the CDU / CSU’s joint candidate for chancellor, but pressure from Merkel’s closest members favored her longtime contemporary, Lašet, despite the CSU leader’s growing popularity with both conservative voters and the wider German community.

The former Minister of Economy, Peter Altmaier, who represents the CDU but also supported Zeder’s candidacy, wished his party a “dose of humanity” in a conversation with the Rheinische Post and called on it to listen more to the people’s opinion.

Concerning the coalition talks, Altmaier said it would be wrong to rule out any possibility, pointing out that there are several different combinations of the coalition.

Before engaging in talks with the two largest parties, the Greens and the FDP are expected to meet separately to try to find common ground.

According to the results obtained after counting all the votes, 25.7% of Germans voted for the SPD, while 24.1% voted for the CDU / CSU.

In third place with 14.8% of the vote are the Greens, who have historically achieved the greatest success so far. They are followed by the FDP, which was supported by 11.5% of voters. Liberals are on the heels of the right-wing Eurosceptic Alternative to Germany (AfD), which won 10.3% of the vote.

Die Linke, a left-wing extremist party voted for by 4.9% of Germans, has failed to overcome the 5% barrier to entry into the Bundestag.

However, the left will not lose its representation in the lower house of parliament, as three party candidates have managed to win single-member constituencies.