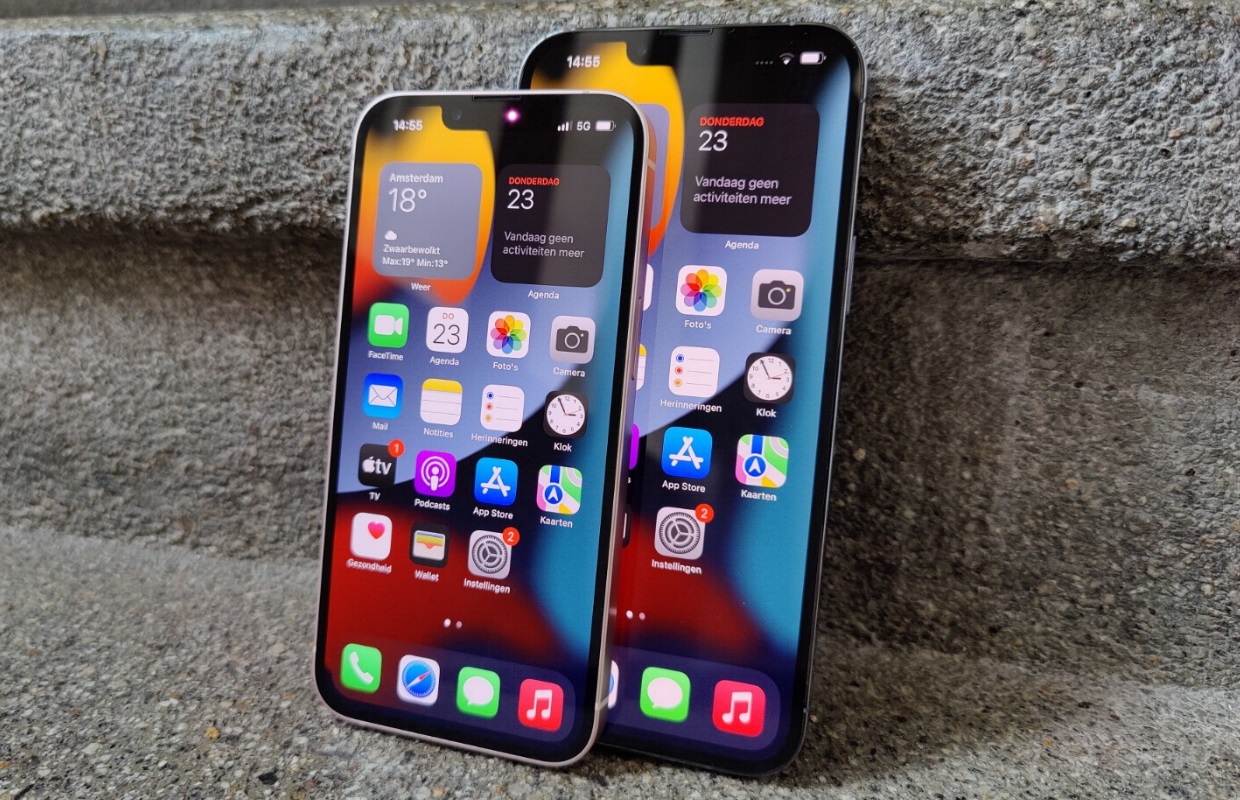 You can finally buy the iPhone 13 (Pro) in the Netherlands. We therefore paid a lot of attention to the new gadgets, but there was more happening in the world of Apple. This is the most important iPhone news from last week.

Read on after the ad.

They’re inside. We’ve had the pleasure of playing with all four iPhone 13 phones for a few days now and we’re happy to share the first impressions with you.

For example, we are very pleased with the new ProMotion screens of the iPhone 13 Pro and iPhone 13 Pro Max. These displays refresh a maximum of 120 times per second, instead of the usual 60 times. The result: much smoother-looking images.

→ This is our first impression of the iPhone 13

iPhone 13 phones and new iPad mini are on sale

Speaking of the new iPhones: they have been officially available since yesterday. Since Friday September 24, both the iPhone 13 (mini) and iPhone 13 Pro (Max) have been in stores, as well as the significantly improved iPad mini (2021).

Have you ordered a new Apple gadget? Then we wish you a lot of fun! Are you still in doubt? Then read the article below, because we have listed all known points of sale for you. Keep in mind possible delivery times.

→ From iPhone 13 is in Nederland

iOS 15 was released last week, the iPhone software update of this year. What’s new is that you don’t necessarily have to install this version. If you are satisfied with iOS 14, you can continue to use that version and you even get security updates. So the question this year really is whether you should update.

We think you’re doing this wisely. The changes are not revolutionary this time, but each and every one of them is valuable additions. In our iOS 15 review we tell you exactly how it works.

The iPhone 14 will have a hole in the screen for the selfie camera. So says the well-known Apple analyst Ming-Chi Kuo. Thanks to the arrival of the camera hole, the next iPhone will no longer have a notorious notch. Chances are, by then Apple will have a way to handle the sensors for Face ID below the display.

Another solution is a return of Touch ID. Many iPhone users have been hoping for a rebirth of Apple’s trusty fingerprint scanner for years. According to Kuo, however, we have to be patient for that; according to him, we won’t see Touch ID again until 2023.

→ Read more about it iPhone 14-cameragerucht

New MacBook Pros and AirPods will be released this year, but Apple plans to release new AirPods Pro and a refreshed iPad Pro in 2022 as well.

That says Mark Gurman by Bloomberg in his most recent newsletter. Gurman expects Apple to release new MacBook Pro’s on AirPods is going to release. But the tech giant also has a number of things planned for the coming year, says Gurman.

→ We already know this about the AirPods Pro from 2022

After we already did a major investigation last year into the rumors surrounding the iPhone 12, the new device at the time, it is time for a brief look back this time as well. Which iPhone 13 rumors, with today’s knowledge, turn out to be completely wrong?

Last week we put it to the test. We looked at what we wrote in the run-up to the iPhone 13, and to what extent those messages were correct. What seems? Most rumors from reliable insiders have come true, but they were also wrong.

→ This iPhone 13 rumors turn out to be wrong

Video of the week: all the differences between the iPhone 13 models