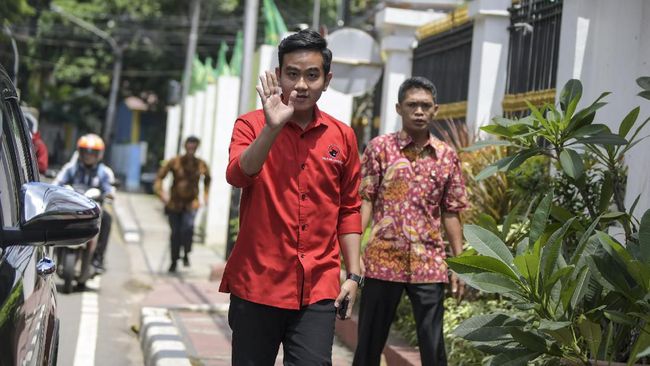 Will Candidate Mayor of Solo from PDIP, Gibran Rakabuming Raka had refused to go in the car with his partner, Teguh Prakosa. But finally they left in a car using Gibran’s White Pajero Sport.

“I’ll just be behind later, Mr. Teguh, so I can accompany Mr. Putut in the front with Mr. Kasno,” Gibran said when asked whether one car would depart.

Shortly before entering the car, the group spoke briefly at the office door. It was unclear what was said, but finally Gibran and Teguh entered the same car.

“We depart together from here. I, Mas Gibran, treasurer, and the Chairperson of the Election Winning Sector,” Teguh said before leaving.

On site monitoring, Teguh arrived early at 10.15 WIB. About 20 minutes later, Gibran arrived with his white Pajero Sport. The group then briefly coordinated for about five minutes in private.

The Chairperson of the PDIP Solo DPC, FX Hadi Rudyatmo himself did not appear at all with the group. According to Teguh, Rudy departed alone from the City Hall because there was still an assignment as Mayor of Solo.

“Reportedly he wants to leave at 11. If DPC Treasurer, Mr. Joni Sofyan Erwandi said he wants to go directly from Jakarta,” he said.