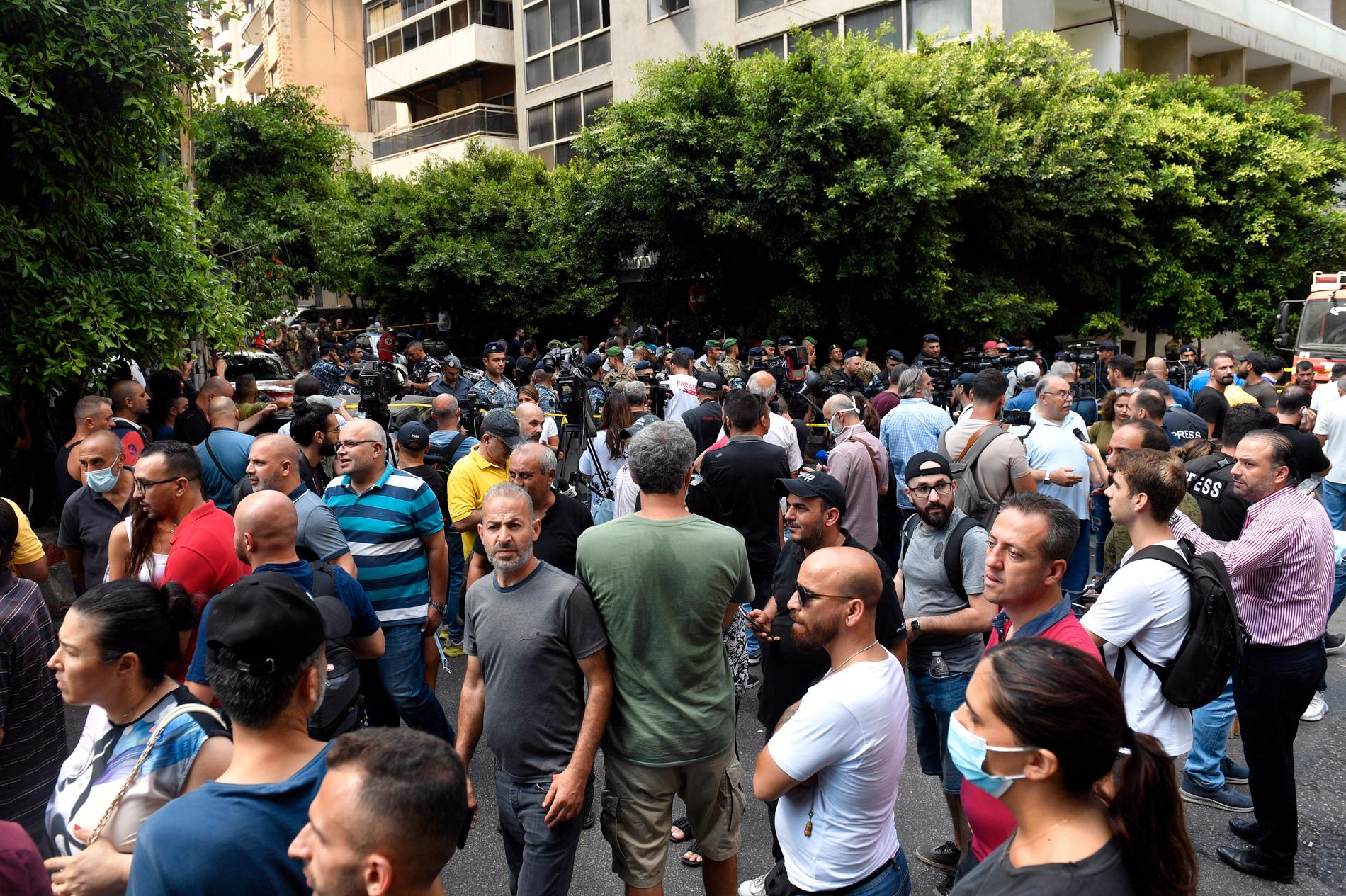 Armed, he entered a bank on Thursday and threatened to set himself on fire. Bassam al-Sheikh Hussein (42) has been hailed by crowds outside during the hostage drama in Beirut.

– Give him his money, the crowd is said to have shouted, ifølge The Washington Post. As the hostage drama unfolded inside the bank in the Hamra neighborhood in the middle of Beirut, more and more people flocked outside the premises.

The deep and ever-worsening economic crisis Lebanon has faced in recent years has for a long time led to frustration and large demonstrations.

The country has been characterized by electricity shortages, dramatic growth in poverty, extreme inflation and political crises.

When Bassam al-Sheikh Hussein stormed the bank on Thursday, he said he wanted to withdraw approximately NOK 20,000 to pay for his father’s medical expenses. He claims he has a sum equivalent to around two million Norwegian kroner in the bank.

The hostage situation lasted for almost seven hours, before al-Sheikh Hussein agreed to an offer to withdraw part of the amount. Then he had fired several shots, and held several bank employees hostage. No one was injured.

– Did what he had to

Al-sheikh Hussein’s demands have apparently struck a nerve among some in Beirut:

See also  Scholz: There can be no red line in the fight against a pandemic

– Every single one of us has been robbed from different quarters. From banks, and from the authorities, says artist Sandy Chamoun (35) to the Washington Post. She was one of those who had turned up outside the bank when the hostage drama unfolded.

– I thought we should stand outside, to support him. So he doesn’t give up, so he doesn’t feel alone or besieged, she explains to the American newspaper.

Several other media outlets describe similar statements from others on the scene.

– He’s not even a real robber. He only asks for what is his, believes Ghassan Moula, who has spoken to British The Guardian.

– He wants to live, he wants to pay his electricity, feed his children and support his father in hospital, says head of Lebanon’s Savings Association, Hassan Mugnieh, to the Reuters news agency on the spot.

– He did what he had to, says al-Sheikh Hussein’s wife al-Jazeera.

Both she and the man’s brother were among those who had turned up.

– My brother is no villain. He is a decent man. He takes what he has from his own pocket to give to others, says his brother, Atef al-Sheikh Hussein to the Associated Press.

Such was the hostage drama

Hussein fired warning shots inside the bank premises in the busy Hamra district of Beirut, and was equipped with a can of petrol. According to security sources, he held seven or eight employees hostage.

According to Lebanese media, the man has around 200,000 dollars in his bank account, but Lebanon is in the middle of a bottomless economic crisis, and the country’s banks have since 2019 introduced strict restrictions on the withdrawal of foreign currency.

A customer who fled the building told local media that the man demanded $2,000 to pay for medicine for his father, who is in hospital.

Reuters reported that some customers who were in the bank managed to flee before the man closed the doors. The source the news agency spoke to could not say how many customers and employees there were in the bank.

– Let them give me my money back! the witness must have overheard.