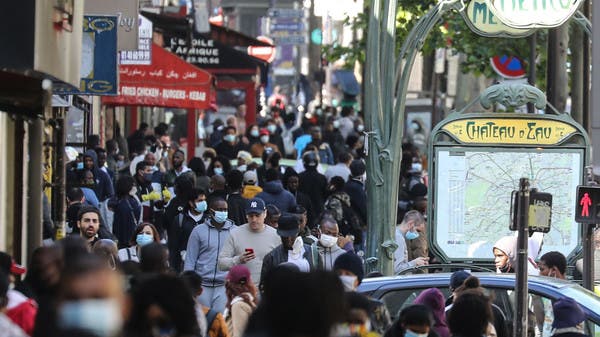 In a new shocking warning and after many European countries lifted restrictions and eased the ban measures previously imposed to counter the emerging virus, the World Health Organization said, “European countries must prepare for a second deadly wave of Coronavirus infections, because the epidemic is not over.”

The WHO regional director for Europe, Hans Klug, in an interview with the British newspaper “Telegraph” on Saturday sent a blatant warning to countries that have begun to ease restrictions on closures, saying that now is the time to “prepare, not celebrate.”

Falling casualties does not mean the epidemic is over

He also pointed out that the beginning of the decrease in the number of cases of Covid-19 in countries such as the United Kingdom, France and Italy does not mean that the epidemic is coming to an end.

He warned that the epicenter of the European outbreak is now in the east, with the number of cases increasing in Russia, Ukraine, Belarus and Kazakhstan.

In addition, he stressed the need for countries to start strengthening public health systems as well as building capacity in hospitals, primary care and intensive care units.

“Not a time to celebrate.”

He added that “countries like Singapore and Japan understood early on that this is not a time for celebration, it is a time for preparation, and this is what Scandinavian countries do.”

He also warned that the second wave may be double and may coincide with the outbreak of other infectious diseases, such as seasonal flu or measles.

“More lethal than the first”

The newspaper pointed out that many experts warn that the second wave of the epidemic could be more deadly than the first wave, as happened with the Spanish flu pandemic between 1918-1920.

She reminded of the emergence of the Spanish flu in March 1918, there were indications that it was a regular seasonal disease, but then it returned more virulently and deadly in the fall, which eventually led to the deaths of an estimated 50 million people.

This comes despite the fact that many countries in Europe recorded a relative decline in the number of deaths and injuries, especially in Italy, Spain and France.

He added, “I think it is necessary to be realistic and I do not imagine that anyone can predict when this disease will disappear. I see that there are no promises in this regard and there are no dates. This disease may settle to become a long-term problem, and it may not be so.”