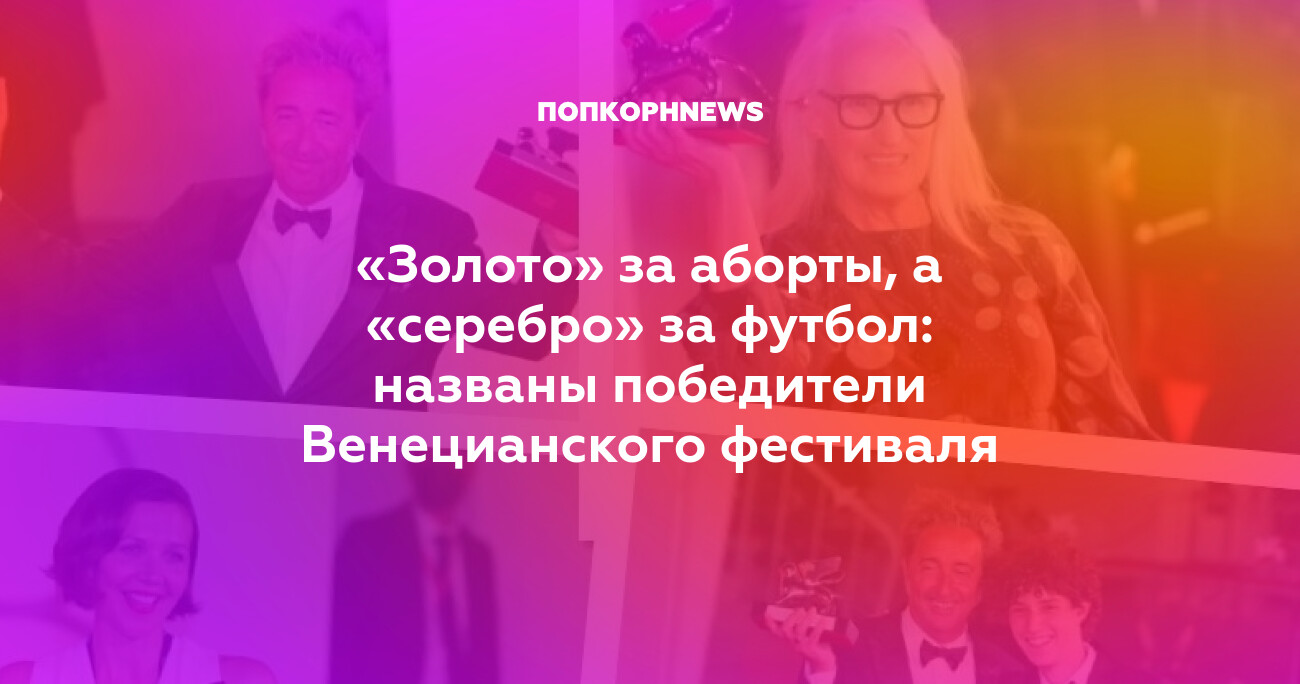 The film that criticizes the prohibition of abortion was named the best film.

The events of the picture unfold in 1963, when abortion was prohibited by law in France. In the center of the plot is a student named Annie, who suddenly found out about her pregnancy.

She wants to get rid of the child, but does not know how to do it in her situation. Shows “Events” have not yet been scheduled in Russia, but information about this will appear later.

At the same time, the Silver Lion statuette was awarded to the film The Hand of God, a cinematic autobiography of the Italian director Paolo Sorrentino.

This story tells about a young guy from Naples, who is a football fan and is looking forward to the arrival of the legendary football player Diego Maradona to his city, but a tragedy occurs in the life of a fan.