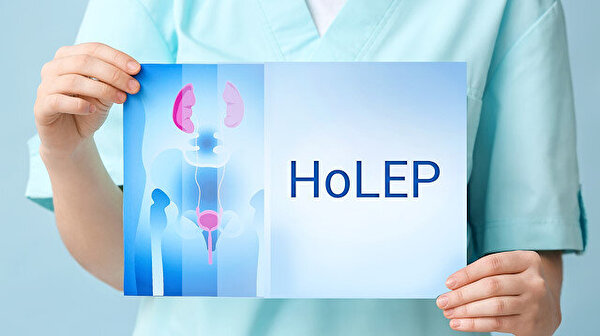 The growth of prostate cells (BPH) due to the hormonal imbalance that occurs in the body with age is among the most common problems faced by men in the world and in our country. It affects about half of all men between the ages of 51 and 60 and 90 percent of men over the age of 80, according to statistics. Pointing out that benign prostate enlargement has become a problem affecting a much wider population, especially with the prolongation of life expectancy, Yeditepe University Koşuyolu Hospital Chief Physician and Urology Specialist Prof. Dr. Faruk Yencilek said that Holmium Laser Prostate Treatment (HoLEP), which is used in the treatment of BPH, has become the gold standard treatment method with the technology it has reached.

THE POWER OF THE LASER USED INCREASED

Stating that the HoLEP method has been used since the 1990s, Prof. Dr. Faruk Yencilek continued his words as follows: “When the method was first used, the energy of the laser was low. Enucleation was as successful as today, but it was not as successful as today in terms of bleeding control. Over time, laser technology has improved and the power of the laser has increased. Thus, the power to control bleeding, which we call coagulation, was increased. As a result, it has been widely used in all European countries and America in the last 10 years, and it has begun to be seen as the new gold standard in prostate treatment.”

IMPORTANT OPTION FOR THE TREATMENT OF PATIENTS WITH SERIOUSLY ENLARGED PROSTATE

Emphasizing that the depth of tissue affected by the laser energy used in HoLEP surgery is very small, it also has important benefits for the patient. Dr. Faruk Yencilek said, “Therefore, it does not affect the nerves that travel outside the prostate and provide erection (hardening), and problems such as sexual dysfunction are not observed after the procedure. Since the structure called the sphincter, which provides urine retention, is protected by staying outside the area treated with HoLEP surgery, problems such as urinary incontinence are prevented after the procedure. In conclusion, it is possible to say that it is a patient-friendly method with its benefits such as immediate improvement of urine flow, shorter hospital stay, possibility to be operated while using blood thinners, and very low need for re-prostate surgery.”

CAN RETURN TO DAILY LIFE IN A SHORT TIME

Explaining that the patient can return to his daily life within 1-2 weeks after the HoLEP surgery, Prof. Dr. Faruk Yencilek, “In this method, the operation is performed by entering the urinary canal with an endoscope. Since no incision is made, the patient can return to daily life very quickly. He can start his job, drive a car. However, during this period, it is necessary to avoid lifting heavy objects, sexual and heavy physical activities. If I need to underline another point, there is no age limit for HoLEP used in patients with benign prostatic enlargement.”

MALE MUST CONTINUE ROUTINE CHECKS, EVEN IF THERE IS NO RISK OF CANCER IN BBH

Reminding that this method also provides the opportunity to analyze the prostate tissue pathologically after surgery, Prof. Dr. Faruk Yencilek said that this is also important in order to minimize the possible cancer risk. Yeditepe University Kosuyolu Hospital Urology Specialist Prof. Dr. Faruk Yencilek underlined that, contrary to what is known, benign prostate enlargement cannot turn into cancer and continued his words as follows: “There are 4 anatomical regions of the prostate scientifically. However, in practice, we are talking about 2 regions: the inner and the crustal region. For better understanding, if we compare the prostate to an orange, the fruit part and peel inside.

Benign prostatic enlargement develops from the inner part of the prostate, and cancer from the outer part. It is important to know this in this respect: Those who have undergone surgery for benign prostate enlargement have the wrong opinion that there is no need for follow-up because they have their prostate removed. However, this belief is extremely wrong. In all surgeries performed for benign prostate enlargement, the crust of the prostate is left in place and the inside is emptied. Therefore, it should be kept in mind that the risk of developing cancer in the shell part continues, and routine annual prostate examination should be continued.