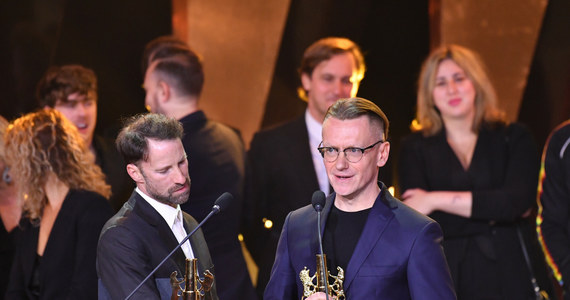 Based on the biography of Daniel Rycharski, “All Our Fears” is a moving story of an artist raised in the countryside, strongly involved in the activities of the Catholic Church. Daniel is respected by the rural community as he courageously supports the fight for its causes. He is in love with the boy next door, Olek, who is not ready to reveal his sexual identity. Their relationship unfolds in secret. When a teenage friend cannot withstand homophobic attacks and commits suicide, Daniel persuades people from the countryside to follow the road of the cross for the victim. Allies so far turn their backs on him. At the curator’s urging, Daniel takes part in an exhibition at an art gallery in Warsaw. The fight against homophobia gets in the way of the relationship with Olek.

Dawid Ogrodnik played the main role. In the rest we will see, among others Andrzej Chyra, Jacek Poniedzialek and Jowita Budnik. The authors of the script are: Łukasz Ronduda, Michał Oleszczyk and Katarzyna Sarnowska. Łukasz Gutt is responsible for the photos, and Marcin Lenarczyk is responsible for the music.

“We had two auxiliary criteria that we remembered. To make the film beautiful. And the second criterion – to be up-to-date” – explained the jury’s decision chairman Andrzej Barański.

Producer Kuba Kosma admitted that after the screening of the film, a young lesbian approached him with a request that “All our fears” would reach the widest possible audience.

When receiving the statuette, Łukasz Ronduda pointed out that “we often hear that the love of LGBT people offends religious feelings”. “In our film, we tried to prove that the love of LGBT people – like any love – can only intensify religious feelings and deepen them. In our opinion, faith and the rainbow are inseparable, they can only strengthen” – he emphasized. He added that people like Daniel Rycharski, ie LGBT people fighting for their presence in the Catholic Church “are in a very difficult situation”.

“They have to fight for each other in a country that is very divided by culture war. They are right on the front line. Both sides exclude them in a sense, and these people are a chance for us to be together, to be renewed as a community. They are an opportunity for us to be together. dialogue and social change. We dedicate this award to all these people and thank you very much “- summed up Ronduda.

Typed for the main prize of the festival “Let there be no traces” Jan P. Matuszyński had to be satisfied with the Silver Lions.

“Let there be no traces” [trailer 2]
press materials

As Andrzej Barański, chairman of the jury, explained, the level of this year’s competition was so high and even that as many as half of the films competing for the Golden Lions could be taken into account when making the final decision.

The verdict should not sadden anyone, however, the jury wisely handed out more awards, trying to distinguish as many films as possible.

Awarded for the leading female role Maria Dębskawho played Kalina Jędrusik in “Because there is sex in me” by Katarzyna Klimkiewicz. “I am very happy that I could play in times that are supposed to be better than the ones we are talking about – but in times when women are often deprived of their rights and are not given more – a free woman who lived on her own terms – yes as we all want – and if someone told her to strengthen her virtues, a woman would laugh. We laugh too. And I dedicate this award to women who supported me throughout my life – my relatives, family, but also they gave me wings “- said Dębska.

Jacek Beler he won the award for the leading role of Kamil, an inhabitant of a Warsaw housing estate dreaming of releasing a hip-hop album in Aleksandra Terpińska’s “Other People”. The film by the creator of the short films “The Most Beautiful Fireworks Ever” was also appreciated in the category of the best directing debut. Magdalena Chowanska was honored for the editing of this film.

The Best Director Award went to Łukasz Grzegorzek (“My Wonderful Life”), the best screenwriter was recognized Marcin Ciastoń (“Hyacinth”), while the statuette for the best cinematography was won Łukasz Gutt (“All our fears”).

The make-up award was granted Darii Siejak for “Hyacynt”, and the statuette for the sound – Zofia Morus, Mateusz Adamczyk and Sebastian Witkowski for “Mosquito State”. The set design was appreciated Paweł Jarzębski (“Let there be no traces”), and for editing – Magdalena Chowanska (“Other people”). In the costumes category, it turned out to be unrivaled Marta Ostrowicz (“Najmro. He loves, steals, respects”).

Tomasz Ziętek (“Let there be no traces”, “Hyacynt”) is one of the candidates for the main acting award.

She received the award in the music category Teoniki Rożynek for “Prime Time”. “Mosquito State” director – Filip Jan Rymsza – awarded with the Golden Claw for the courage of form and content in the different perspective category.

Golden Lions: “All our fears” (directors Łukasz Ronduda and Łukasz Gutt in the photo)

During the gala, there were also speeches by the winners referring to the current political situation. The screenwriter of “Hiacynta” Macrin Ciastoń admitted that Poland seems to him a place where “no one can feel safe”. – I dedicate this award to all the anonymous victims of the “Hyacinth” campaign – he added.

The winner of the Platinum Lions was Agnieszka Holland, who received a statuette from the hands of Krzysztof Zanussi and Jacek Bromski. “Don’t worry about those Lions. You have been a classic for a long time, and the future is ahead of you,” said Holland Krzysztof Zanussi, under whose supervision the director began his artistic career.

Agnieszka Holland drew attention to the fact that she is the first woman to receive Platinum Lions.

“There is something outrageous about the fact that I was the first woman to receive this award. It says something – how the role of women was perceived. We women did not realize it for a long time. Even though I am a pioneer here, I am the first one, I know for sure. that I am not the last and that I am followed by a wave of talented, strong and confident women in their voice and strength. Besides, you have seen some of them on stage today “- noted the director.

Referring to her films, Holland admitted that those that spoke of a difficult history, a time of cruelty, hatred, regimes, politicians playing with fear, corrupt media and indifference of societies were especially important to her. “They were talking about it not because I wanted to recall a story that had ended, to do justice to the victims of that time and illuminate their fate. But because while making these films, I was aware that this time was not over, but fell asleep and maybe at any moment return, if we are not careful enough. For some time now I have the feeling that it is happening now, that the Holocaust and gulag vaccines have stopped working and that the times of hatred can come back very easily, and maybe they are coming back “- she admitted.

In an emotional speech, the author of “In Darkness” referred to the current situation on the Polish-Belarusian border.

“Each country has the right to guard its borders, but no democratic country can allow innocent, defenseless people to die on its borders. They died silently, just like the heroes of my films – in fear, loneliness, without help” – she noted definitely a director.

“I do not agree to cast Polish Border Guard soldiers as guards of the Berlin Wall from the former East Germany. I do not agree to the local population playing the role of informers and calling the police before giving bread to the hungry. as a community, “concluded Holland. She was honored by the audience with a standing ovation for her performance.

“The past is happening now. The absurd state of emergency, which we agree to, was introduced only so that there would be no traces,” she concluded, referring to the title of Jan P. Matuszyński’s film.

Laureates of the 46th Polish Film Festival in Gdynia:

Best Leading Female Role: Maria Dębska (“Because there is sex in me”)

Best Scenography: Paweł Jarzębski (“Let there be no traces”)