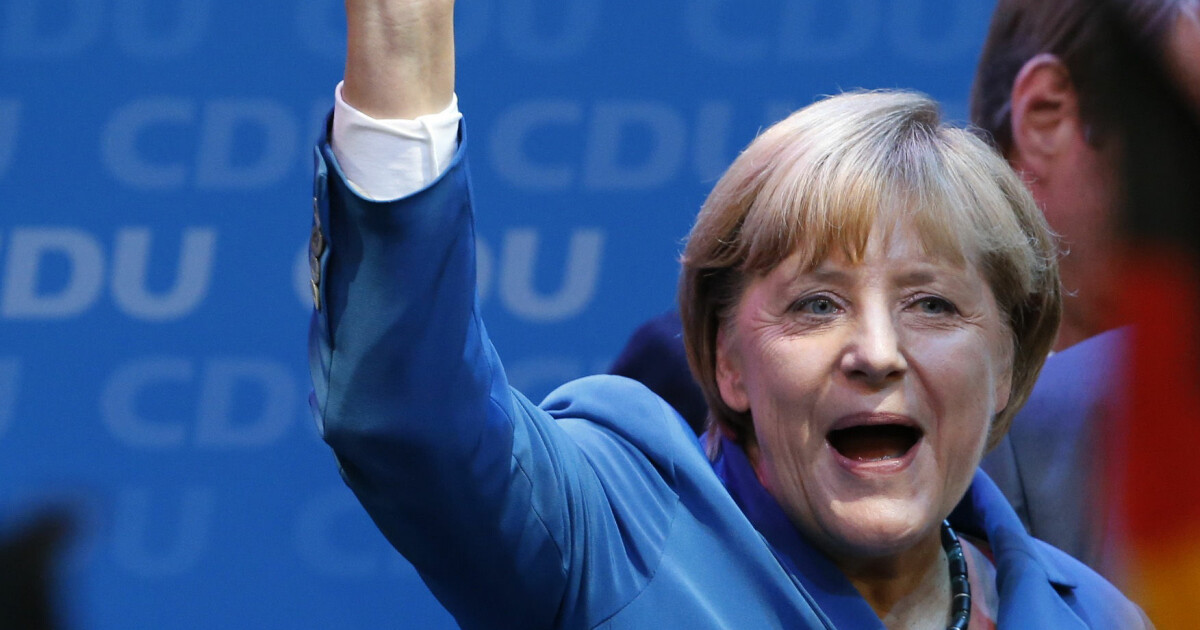 She was in the think tank. Not sure if she would go for a fourth term as Germany’s Chancellor. But then Donald Trump was elected president of the United States.

Eight days after the 2016 US election, outgoing President Barack Obama visited Berlin to say goodbye. He and Merkel had dinner at the venerable Hotel Adlon right by the Brandenburg Gate. According to legend, Obama almost pleaded with Merkel to run for Chancellor for a fourth term.

Someone had to defend Western liberal values ​​against Trump, and she was this “someone.”

Angela Dorothea Kasner was born in Hamburg on July 17, 1954.

While everyone else tried to get from East Germany to West Germany, the Kasner family moved the other way. The father, who was a Lutheran priest, had gotten a job in the GDR.

The young Angela excelled in all subjects at school, except gymnastics. She participated in Communist Party organizations, and was a member of the Freie Deutsche Jugend (FDJ).

She studied physics at the University of Leipzig, and it was during her studies that she met her first husband, Ulrich Merkel. She took his name and kept it after the divorce in 1982.

The fall of the Berlin Wall in November 1989 brought Angela Merkel into politics.

Although she was not at the street parties this historic November evening, she was going to work the next day, Merkel was involved in the nascent democracy movement in the GDR.

This movement was eventually incorporated into Chancellor Helmut Kohl’s Christian Democratic Party, CDU. When Kohl was to form her reunification government in 1991, she was appointed Minister of Women and Youth.

She went by the nickname “Kohl’s Girl”.

But in connection with a bribery case in 1999, the “girl” showed that she had grown up, and Merkel turned her back on Kohl. This case also contributed to Merkel rising in the ranks of the CDU, and in 2000 she became party leader.

Five years later, Merkel became Germany’s first female chancellor. She has held that post for 16 years – but after the election on September 26, it is over.

– One of Germany’s great chancellors

– Angela Merkel is a politician who does not look like anyone else, she is really different. It concerns her background, she has lived more than half her life in a dictatorship before she established herself in German democracy, says Aftenposten journalist and author Ingrid Brekke.

In 2016, Brekke published a book about Merkel and makes up one half of the podcast “The Germans”. The other half is media scientist Kai Schwind, who is from Germany himself.

Schwind says that there are mixed feelings in Germany now that Merkel will give up.

– It’s twofold. You are both a little excited to get a fresh start, a fresh start, because it is clear that you need a change. At the same time, people are a little afraid of what will happen now when you lose this leader and that security, says Schwind.

Brekke believes Merkel will remain one of Germany’s great chancellors.

– I think many will eventually long to return to the Merkel era. It’s been a good time for Germany. Unemployment is no longer an issue, people have gotten better and there have been many years of stability.

– I think she will stand as one of the big three; Adenauer, Kohl and her.

A chancellor in times of crisis

Merkel’s time as Chancellor has been marked by an almost endless series of crises, primarily on the foreign policy stage.

– She has kept Europe together. I do not think the EU would have fallen apart, but she has made an enormous effort in all international contexts, says Brekke.

– This is a role she has taken because it is very important for Germany. Germany’s top priority is to keep Europe united.

Many thought Merkel with this showed a more human side of herself, but neither Brekke nor Schwind agree.

– I think she weighed a lot back and forth. This had built up over time, and it had begun to pile up with refugees in the Balkans. Something had to happen, says Brekke.

– In Germany, people were afraid of a new civil war in the Balkans, that this would be bloody. She decided to open the borders. It was a rational decision. But of course, she has a value ballast with her.

– I do not think that with this we saw «the real Merkel». This did not happen because she had suddenly discovered an emotional side of herself. This was another variant of her way of thinking: “Now I have to do this, to prevent this from happening.”

Criticized for lack of vision

Although Merkel is praised for her problems as a problem solver, she is also criticized for lack of vision.

– She has negotiated a lot, but none of the crises have been properly resolved, says Brekke.

– The fact that she pursues this small-step policy and is not particularly visionary means that there will be peace at the moment, but underneath there are the problems and bubbles. One example is the refugee problem, here a lasting solution has not been found.

Another thing Merkel is criticized for is that under her has emerged a party to the right of the Christian Democratic Party in Germany, namely the right-wing populist and immigration-critical Alternative for Germany (AfD).

– Many believe that Merkel has moved her party towards the center and thus created this space, while others point out that this is an international development that could hardly have been hindered. But this is something she is blamed for, says Brekke.

The world’s most powerful woman

For 16 years, Merkel has been Europe’s undisputed queen.

During her time at the Chancellery in Berlin, four presidents have sat in the White House, four presidents in the Elysee Palace in Paris and five British prime ministers in 10 Downing Street.

She has had to deal with her share of alpha males; from Silvio Berlusconi to Donald Trump and Vladimir Putin.

– Merkel has a great advantage in that she has often been underestimated. She is so different from them that they do not understand what she is doing, Brekke thinks.

– She does not have this need to shine as they have, and at the same time comes with the power and influence that the leader of the largest country in Europe gives her.

– Another thing that I think impresses these alpha males is that she does not give up so easily. She has a perseverance in negotiations and is running on.

In 2015, Time Magazine named Merkel “The Leader of the Free World”.

It is a title Brekke thinks she was not very comfortable with.

– No, I do not think so. She probably finds it embarrassing in the first place. She does not like such labels, Brekke thinks.

Schwind laughs when asked if this is a term most Germans are comfortable with.

– Absolutely not! We are still getting used to someone discussing us positively in an international and geopolitical context. As a German, you are never comfortable with such questions. “Leaders of the free world”? Then we start sweating a little.

They believe the story of Obama persuading Merkel to run for a fourth term after the election of Donald Trump in the United States says a lot about her as a person.

– I think responsibility is more important than power for her, and then you end up in such situations, Schwind believes.

Despite having been in power for 16 years, Merkel has managed to protect her privacy.

She still lives in the same rented apartment in Berlin she has lived in for the last 20 years, and likes to go to the store and shop when she has the opportunity.

The favorite dish is supposed to be potato soup, and during the holidays she and her husband Joachim Sauer like to go hiking in the Tyrolean Alps.

– Nothing is glamorous, nothing is magnificent. Actually, she just lives a completely normal life, that is what makes her so different from other leaders, Brekke thinks.

– That she has managed to remain so private is a kind of triumph. Maybe it’s a way to protect yourself. You are the public office, but not personally, says Schwind.

When Merkel resigns this autumn, she will also be the first sitting chancellor to resign voluntarily. Both Brekke and Schwind believe it is right that Germany now has a new chancellor.

– She is the most fascinating politician I know of, but it is healthy for Germany that it is over now. You need a change and something new, says Brekke.

See also  Listen to the confidences of Laura Smet who affirms last night on RTL that there will never be possible peace with Laeticia: "She prevented us from saying goodbye to our father ..."