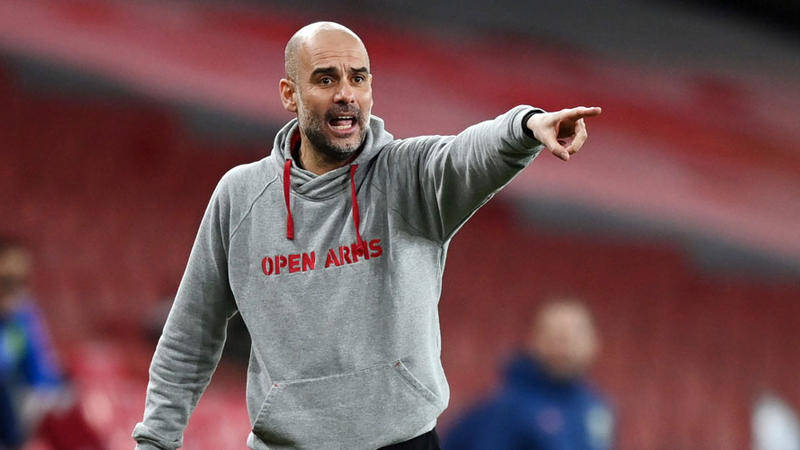 Paris – Reuters
Manchester City coach Pep Guardiola praised an opponent after his team lost 2-0 to Paris Saint-Germain in the Champions League on Tuesday night.
Lionel Messi gave Paris Saint-Germain fans what they came for after he led his team to victory, scoring his first goal with his new club, but Guardiola was not talking about Messi.
The Spanish coach praised the performance of Marco Verratti, the Saint-Germain player, who showed a great performance in the arts of the game in the midfield against City.
“I fell in love with him,” Guardiola joked when asked about the Italy international.
Verratti returned to play after missing four games with a knee injury, and PSG relied on him a lot to deal with City’s pressure, and the Italy international played a major role in the first half.
Guardiola explained: “He is calm under pressure and makes his mark with the passes he plays behind our defence. I know his character and his abilities and he is happy to come back from injury. He is an exceptional player. He is not tall. He is not a long passing player, but you can count on him to build attacks. Creating chances in the best spaces. That was evident in the first half.”