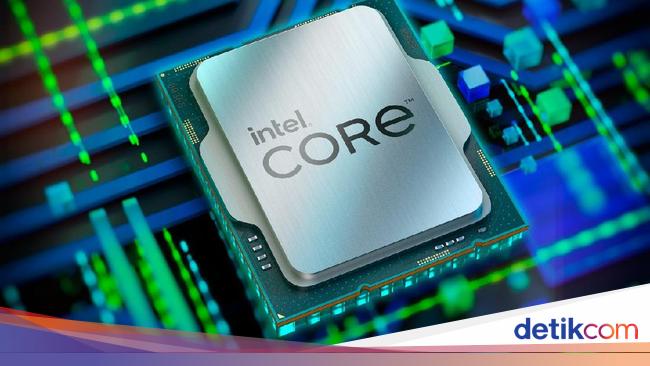 CES 2022, even though it was hampered by Omicron and the cancellation of almost all major companies, it is still a place to show off from Intel and AMD to show off the sophistication of their latest chip.

These chips will color the world of technology over the next year, in this case, processors or systems on a chip for laptops. What the hell? Let’s see the review below.

2022 looks like it’s going to be an interesting year for laptops, as AMD and Intel are both releasing a new line of processors for laptops. The new processors from these two manufacturers will be the brains of 2022 laptops, except for Apple’s laptops of course.

The processor line from Intel seems to be interesting, because they can cut the lag behind AMD processors for years back through Alder Lake, the name for Intel’s 12th generation processors.

So far, only the Alder Lake H series has been released, namely processors for high-performance laptops, such as gaming laptops. However, during 2022 Intel is expected to release the Alder Lake U and P series, which will be used in thin and light laptops.

Why is Alder Lake interesting? Of course because of the new core sharing scheme implemented by Intel. Similar to ARM’s BIG.little scheme, the cores are divided into fast cores and efficient cores.

But there is still one thing (should be) interesting from Intel, namely the Arc discrete GPU line, which will be released in 2022 for laptops and desktops. The performance of this GPU is quite curious, whether it will be able to compete with GPUs from Nvidia and AMD, which have dominated the graphics card market for gaming (yes, also for mining).

Even from the red camp, of course, they don’t want to lose about the processor. AMD showcased the Ryzen 6000 for laptops at CES 2022, sporting the Zen 3 Plus, which is an update to the architecture in the Ryzen 5000. The improvements, as usual, are in the performance and power consumption sectors.

That doesn’t mean it’s bad, because even the 2021 AMD processors already have amazing performance and power consumption.

If the GPU that Intel is waiting for is discrete, AMD has a new integrated GPU that replaces the Vega GPU they previously used. This integrated GPU uses the RDNA 2 architecture, the same as that used in the PS5, Xbox Series X, and AMD’s various discrete GPUs during 2021.

AMD promises a significant performance increase on this integrated GPU, of course it won’t be as fast as the GPU on PS5, Xbox Series X, and so on. For a faster GPU, AMD has new products in the Radeon 6000M series, including the power-efficient GPU from the Radeon 6000S series. Both are RDNA 2 based.

From the green camp, there are several new GPUs that Nvidia will release. Namely the mobile variant of the RTX 3080 Ti and RTX 3070 Ti. Both are promised to be able to play games at 1440p resolution with frame rates of 120 and 100 fps, and can also be integrated with laptop CPUs to balance power and temperature for more optimal performance.

Then what about Apple? The series of M1 chips that have been released so far have stunning performance. From the most basic M1, then the M1 Pro, and the fastest M1 Max. For 2022, Apple is rumored to be releasing a 2nd generation chip. However, there is no information about the specifications or performance of the chip.