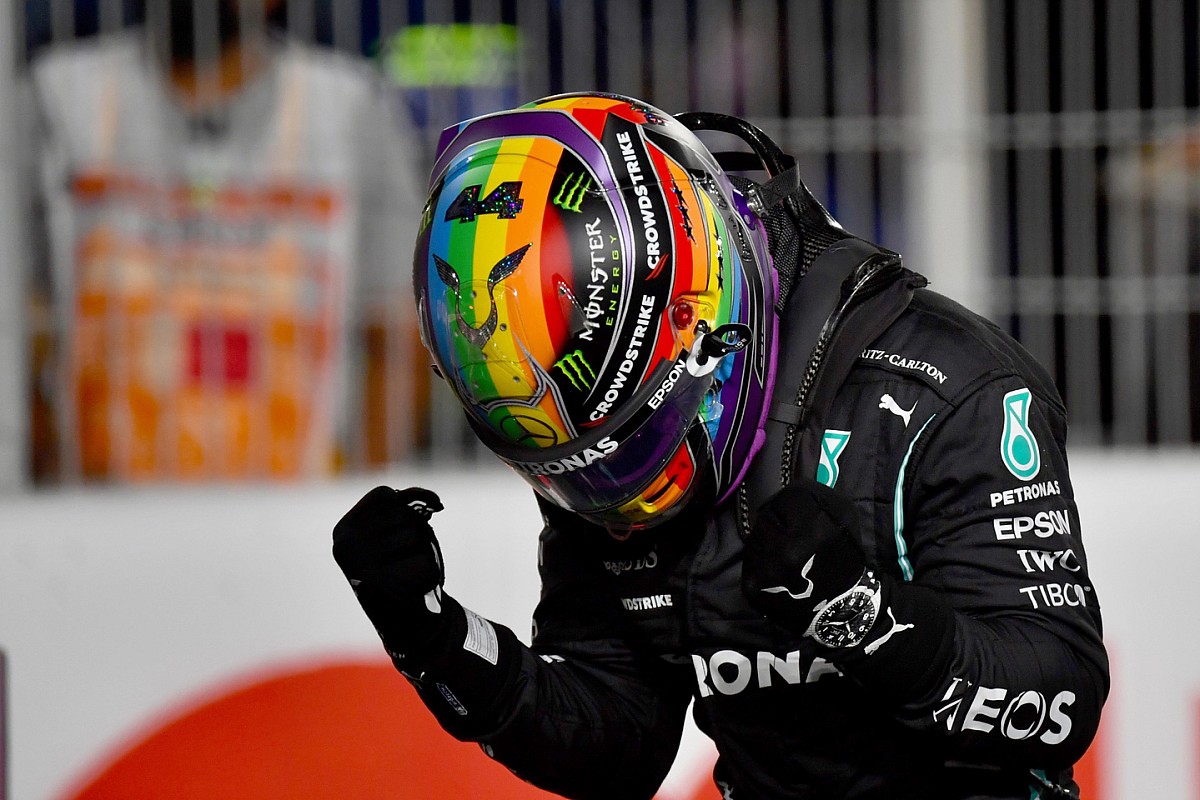 For the second consecutive race, Lewis Hamilton wore a “special” helmet. After tribute to Ayrton Senna in Brazil, this time it was for the seven-time World Champion to put his feet in the political field by displaying on his helm for Qatar the “Progress Pride Flag”, in support of the LGBTQ + community, for the start of the tour in the Middle East, where human rights issues and the treatment of sexual minorities are often singled out.

Asked by Motorsport.com on what he plans to do for the end of the season, in Saudi Arabia and Abu Dhabi, Hamilton has indicated that he intends to continue using this helmet, at least in Jeddah: “I’ll be using the same helmet for the last two races after this one, or at least next week. But I’m not sure if anyone has commented on it or if there has been any negative reaction.”

“On the back it says ‘we stand together’ and ‘love is love’, and it is important for me to represent this community here because I know that there are several situations that cannot be are not perfect and need to be highlighted. But I hope someone contacts me and I would like to know what’s going on here and what they are doing to help further support this community – the LGBTQ + community. news.”

Lewis Hamilton in the cockpit of the Mercedes W12

In the press conference leading up to the event in Qatar, Hamilton said that when sports organizations travel to countries with poor human rights records, they should highlight issues related to those rights. rights.

Earlier in 2021, the Aston Martin driver Sebastian Vettel wore a rainbow t-shirt to express solidarity with the LGBTQ + community in Hungary and also changed the livery of his helmet at some events this season to include the rainbow. The German rider also used the rainbow colors on his helmet during the Turkish GP, having previously done so in Bahrain’s first race last season.