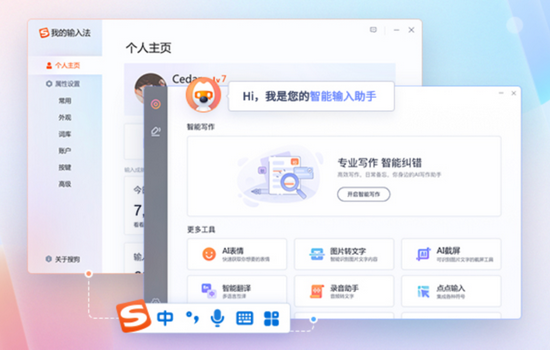 Sogou input method will be owned by Tencent. Sogou input method is also a phenomenon-level explosive product, but the Sogou account of the same company is not popular. The former second shareholder, now the new owner, how does Tencent want to use Sogou? There are also a large number of netizens asking, do I need to rename my input method to QQ input?

Make a clean break with Sohu

Sogou, established in August 2004, was originally a subsidiary of Sohu. It was mainly engaged in Sohu’s search business, and later launched Sogou input method, Sogou browser and other products.

In 2010, Sogou spun off from Sohu and established an independent company, and in 2013 it introduced Tencent’s US$448 million investment. At that time, Tencent merged its Soso business and other related assets into Sogou and became Sogou’s second largest shareholder. According to the agreement of Sohu, Tencent and Sogou at the time, Tencent delegated part of the voting rights to Sohu, and Sohu has the right to appoint most of Sogou’s board of directors.

See also  World Crisis. Great decline in GDP in the US and Germany

After Sogou completed its privatization, the situation changed. Except for the similarity of names, Sogou and Sohu have nothing to do with each other. When it disclosed its second-quarter earnings report in August, Sohu had already excluded Sogou’s operating results. From the stock price point of view, there was no significant change in Sohu’s stock price after the market on September 23, Eastern Time.

Has the input method changed a lot?

Farther and farther from Sohu, but closer and closer to Tencent. Since the State Administration for Market Regulation unconditionally approved Tencent’s acquisition of Sogou’s equity, how Sogou integrates into Tencent has become the focus of outside pursuit. In this regard, Sogou and Tencent did not make a clear statement, but clues can still be found from insiders and rumors.

Image source: Screenshot of the official website of the State Administration for Market Regulation

Not long ago, Jiemian News reported that Tencent Kandian will absorb most of Sogou’s business and employees. After the two parties officially announced the merger, most of Sogou’s businesses and products will be shut down and will no longer operate as an independent brand, but will be integrated. For Tencent, the docking work between the two parties has been going on for several months. In mid-September, Tencent Kandian’s internal centers have received requests for cost reduction and efficiency enhancement. Measures include strict control of the budget approval for the new year, suspension of recruitment, and optimization of some employees.

See also  this is how the method works in elections

When communicating with Sogou insiders, a reporter from Beijing Business Daily learned that Tencent and Sogou have been communicating about personnel placement, and related work is also in progress. “This time it is only announcing the completion of the merger, but the specific work has not been completed yet. It will be completed next month,” the person said.

Where did Sogou lose? What is Tencent’s picture?

When it comes to the merger of Sogou and Tencent, there are two voices in the industry. Some people think that it can be incorporated into Tencent to show that Sogou is still valuable; another point of view is that Sogou once wandered among Internet giants such as 360 and Ali, and Sogou input method was also It is a phenomenon-level product, and it is now being merged, which is worth thinking about by established Internet companies.

“The problem with Sogou is that it always revolves around tool-based products. For example, in the content field, Sogou is too buddhist and has not opened up the situation in time,” Bida analyst Li Jinqing told a reporter from Beijing Business Daily.

An embarrassing thing is that Sogou recently issued a suspension announcement saying that due to the company’s business adjustments, Sogou’s content open platform stopped operations and services at 17:00 on September 22. The platform will no longer support withdrawals after 17:00 on October 22, 2021. Some netizens asked: What is Sogou?

It is understood that in September 2018, Sogou launched a content open platform to get involved in the content field, similar to Toutiaohao, Baijiahao, etc. The Sogou content open platform is called “Sogouhao”. At that time, Toutiao and Penguin had attracted a large number of authors, and Internet giants and Mesozoic companies had long shifted their focus to short video outlets.

It’s not necessarily Sogou’s products that Tencent took Sogou’s fancy. “Search and input methods are standard for Internet companies. Tencent also divested a lot of businesses and found that Sogou’s business is better placed in the system, so Sogou must be acquired all. Search and input methods are difficult to generate too much revenue, but if they belong to Tencent’s own system, it can have a linkage effect,” said Wang Chao, founder of Wenyuan Think Tank.

He said at the same time, “It’s a good thing for Sogou to merge with Tencent. After these years of development, Sogou has not performed well on the track. No matter it is search, browser or AI, there is no way to be the first on the track. Input Although the law is the first, the commercialization and profit generated around the input method are relatively small. Sogou is a subsidiary business, but from an independent company, it cannot maximize the benefits. Such a company is best to be acquired. Cheetah and YY are also very similar.”