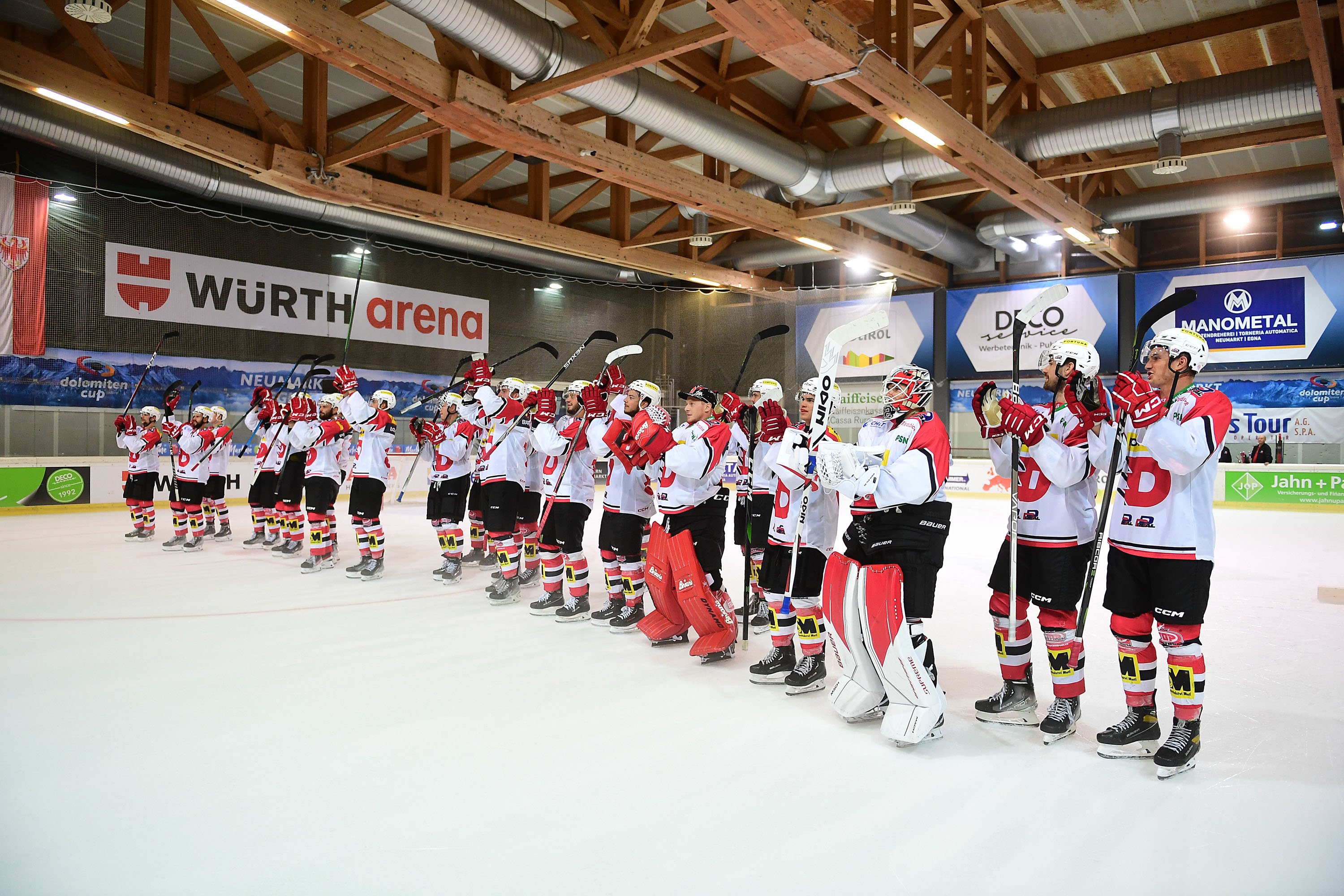 Friday’s 2-0 win over the German Augsburger Panther advanced the Dynamo hockey players to the finals of the Dolomiten Cup. In his first participation in the traditional tournament hosted by Neumarkt in South Tyrol, he will be aiming for gold. Eisbären Berlin will be the opponent of the group of coaches Krále and Zadina on Sunday. The German team defeated the Swiss EHC Biel-Bienne 3:2 in the second semi-final on Saturday and will face the six-time Czech champions on Sunday from 20:00.

Dynamo was the more active team in the opening semi-final of the Dolomiten Cup. However, goals from Robert Říčka and Lukáš Radil were enough for him to win over German Augsburg in the first semi-final of the Dolomiten Cup. Goalkeeper Roman Will kept a clean sheet during his debut with a “kid” on his chest, and thanks to his performance, Pardubice celebrated advancing to the finals of the tournament after a 2:0 victory.

In the fight for gold, the East Bohemians will face Eisbären Berlin on Sunday from 20:00, which beat EHC Biel-Bienne 3:2 in the second semi-final. Dynamo will thus face the reigning German champion. A traditional participant in Germany’s highest league and a team that has dominated the DEL league nine times in the last two decades, it relies on the services of former NHL player Zach Boychuk, who is supported offensively by another productive forward, Matt White.

A large crowd of Pardubice fans already arrived at Neumarkt before the first semi-final match. All matches of the tournament can also be watched via paid streams ( https://valcome.tv/feed/dol ), Czech commentary is available for Dynamo matches. The price of one paid stream is set by the organizer at 7.50 Euro.

The final of the sixteenth edition of the Dolomiten Cup awaits the Dynamo A team on Sunday, August 14 from 20:00.