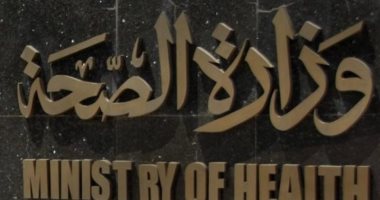 The data of the Ministry of Health and Population revealed that 300 deaths have broken the barrier after the ministry registered 307 cases since the crisis began in mid-February, bringing the overall rate to 7.1%.

The Ministry of Health and Population announced, today, Saturday, that 39 of those infected with the Corona virus have been discharged from isolation and quarantine hospitals, all Egyptians, after receiving the necessary medical care and recovery according to the guidelines of the World Health Organization, bringing the total of those recovering from the virus to 1114 cases until today.

The ministry pointed out that the number of cases whose laboratory results have been transformed from positive to negative for Corona virus (Covid-19) has risen to 1,450 cases, including the 1114 recovered, adding that 227 new cases have been proven that have positive laboratory analyzes of the virus, all of them are Egyptian. The Ministry’s surveillance and investigation procedures, according to WHO guidelines, pointing to the death of 13 cases.

She said that all cases recorded positive for the virus in isolation hospitals are subject to medical care, according to the guidelines of the World Health Organization, and that the total number that was registered in Egypt with the new Corona virus until Saturday, is 4319 cases, including 1114 cases that were cured and discharged from isolation hospitals, and 307 Death cases.

The Minister called on all citizens and owners of chronic diseases, especially the elderly and pregnant women, to adhere to social divergence, reduce contact and adhere to preventive measures, in addition to frequent drinking fluids in the period between iftar and suhoor, and ensure a healthy diet that strengthens the immune system, stressing that it is in If you feel any symptoms, you should immediately call the hot lines 105 and 15335, or communicate via WhatsApp, the Ministry’s mobile application, or go to the nearest fever hospital or issued to receive the medical service.