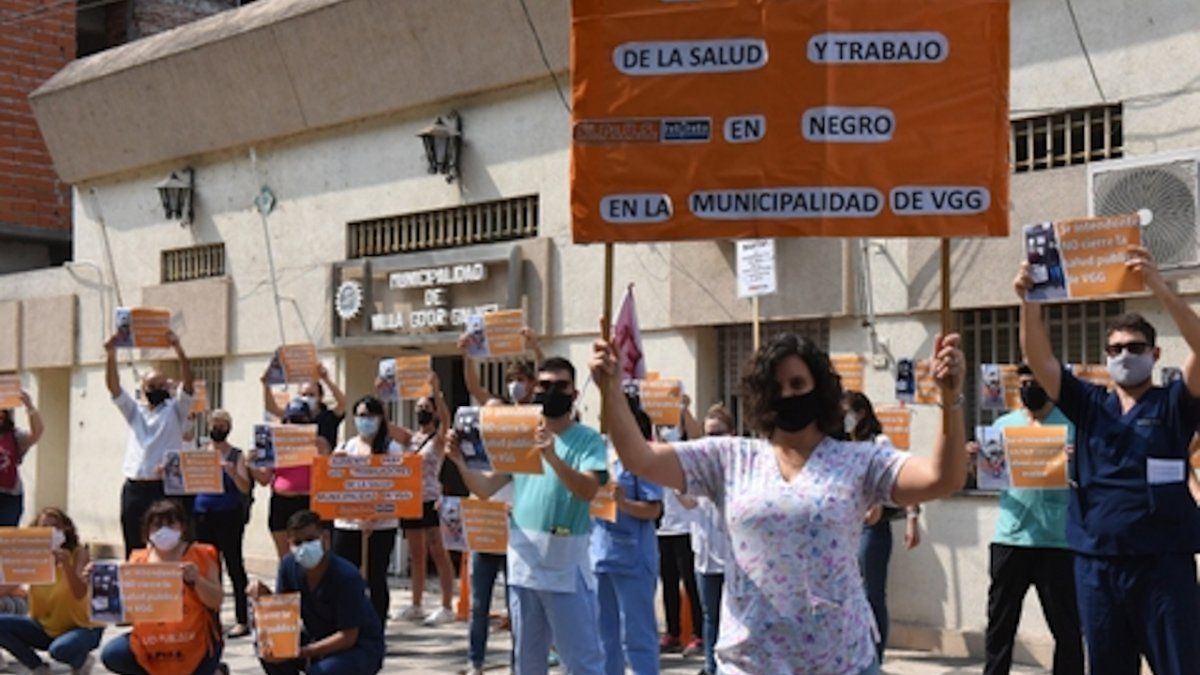 In this sense, Ratti revealed that “the mayor Alberto Ricci made two proposals and the second was an increase of 25% in the hours of health professionals, and a little more than 37.5% for the hours of nurses and nurses, who were well below and to level their salaries a bit, as of October, but for them it was insufficient ”.

The conflict arose about ten days ago, during which there were several meetings between the parties in the framework of a negotiation process, but in the absence of agreement, the professionals at Siprus began a measure of force on Monday.

Of the nine health centers in the municipality, only three remained open this Monday, attended by permanent staff: the Mortelari neighborhood, the Niño Jesús and the San Enrique.

“At the worst moment of the pandemic, the Mayor leaves patients to their fate who every day go to municipal health centers, or receive telephone follow-up because they are isolated with Covid-19. It intends to continue paying between 200 and 300 pesos an hour to medical, nursing, and psychology personnel, among others. It is clear that he and the rest of the public servants would not accept to receive what those who are in a pandemic at the forefront of health care receive today as wages, “they expressed from Siprus-Fesprosa, during the act that they organized this Monday in front of the Municipality .

“It is not a problem of resources, but of political definition: for example, modifying the Drei (Right to Registration and Inspection) to exporting companies would obtain more funds for health and could even be reduced on small and medium commercial sectors affected by the crisis ”, they warned.