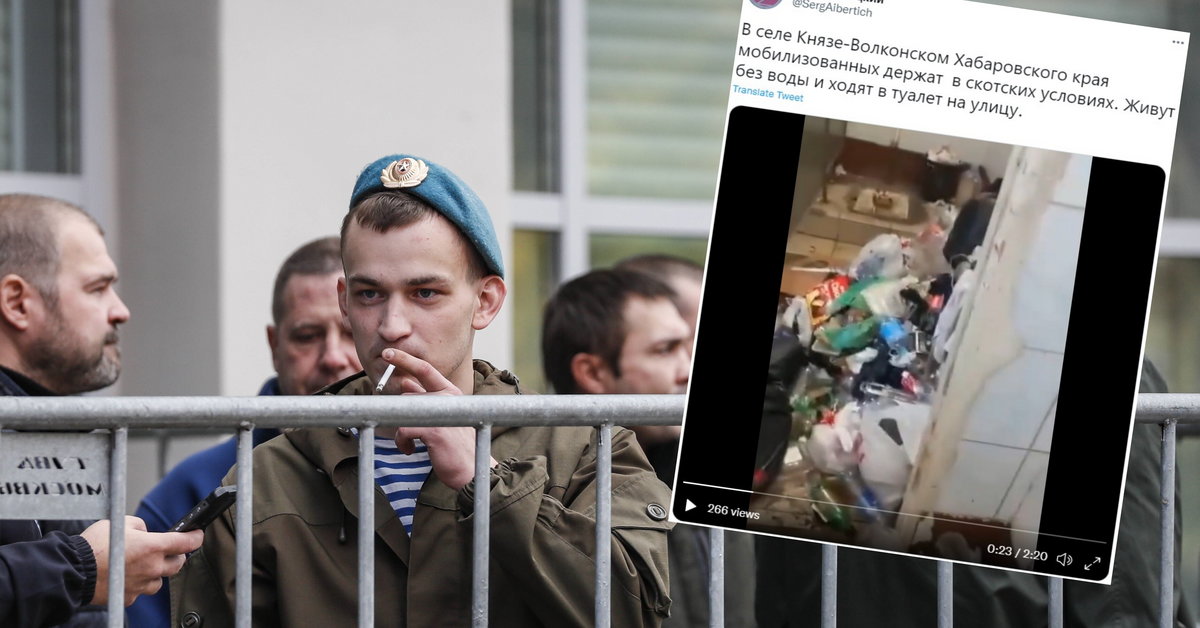 More recordings of mobilization appear on social media conducted in Russia. After the movies spill over showing Putin’s “alkobatalions”, the network is flooded with pictures from Russian barracks showing the conditions in which the recruits had to live. On one of them, which is to come from the military center in the village of Kniaź Wołonskoje, located in the Khabrovsk Krai, you can see, among others piles of rubbish and clogged toilets.

The soldier who shows the center showed the habits of the recruits – the ashtrays are the washbasins and shower trays.

On a similar level, those mobilized will maintain order in the corridors and bathrooms. According to the soldiers’ reports, there is no access to water in the center, and therefore they deal with their physiological needs outside.

Before new soldiers go to the front, they stay in special camps in which the conditions are dire. One of the videos circulating on social media shows the inside of a dark shed where the conscripts are trying to survive.

The conscripts openly complain about the conditions in which they are forced to stay. – I’m in shock. This is our roof. It’s snowing because of him! – comments the author of the recording.

The recording was published on social media by Anton Heraszczenko, former Deputy Interior Minister of Ukraine.

“It’s a tent in which mobilized Russians from Barnaul live – snow is falling through the ceiling. Friends of the man say that he was there for three days ‘training.’ Their platoon commander is a 27-year-old man who served 7 years ago and worked as a cook before he was mobilized “- explains the politician.

Russian President Vladimir Putin announced a partial mobilization on 21st September to war with Ukraine and threatened to “use all means” to defend the country from the alleged threat from the West.

According to official reports from the Kremlin, around 300,000 people are to be put under arms. reservists, but according to the independent portal Meduza, mobilization may involve up to 1.2 million men, mainly from outside large cities.