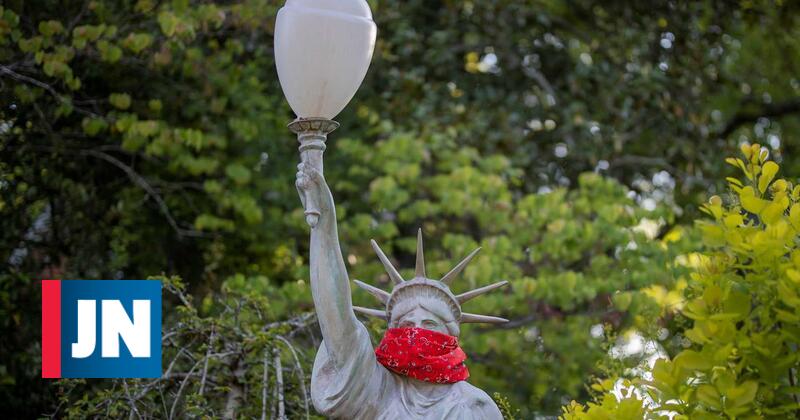 Donald Trump wants a new “front” in the war on Covid-19, which has already killed almost 36,000 Americans.

The United States faces a catastrophe with the Covid-19 pandemic, with the highest number of dead (almost 36,000) and infected (more than 690,000) in the world, but the president remains committed to “reopening” the country, appealing the “liberation” of several states.

“According to the latest data, our team of experts now agrees that we can start a new front in this war, which we call” the reopening of the United States, “” declared Donald Trump the day before yesterday, announcing a plan to “restore economic life “.

However, the White House’s top adviser for crisis management, infeciologist Anthony Fauci, warned: “If there is a relapse, we may have to go back.”

Trump claims that maintaining the restrictions “is not a sustainable long-term solution”. Since March 22, there are 22 million unemployed people asking for support and the International Monetary Fund forecasts a drop of 5.9% in gross domestic product. And there are presidential elections in November.

The president said his plan will be a “careful step-by-step process” and that he respects governors who need to keep their states “closed” (New York remains in quarantine until May 15).

The “reopening” plan includes three phases, to be carried out according to the downward trend in the number of cases in each state. In the first, the stay at home of vulnerable people, physical distance and the reopening of theaters, sports venues and churches, as long as physical distance is ensured.

In the second, there may be gatherings of up to 50 people, with precautions, and travel can be resumed. The third will be normality, with a focus on identifying and isolating new infections.

Bolsonaro tries to take the country “to the slaughterhouse”

Former President of Brazil Lula da Silva argues that “an impeachment will be necessary” against Jair Bolsonaro. By “destroying” social detachment and sacking the Minister of Health, “the caveman leader risks repeating the devastating scenes that take place in Ecuador,” he told the British daily “The Guardian”. If “he continues to commit crimes of responsibility and trying to take society to the slaughterhouse – which is what he is doing – the institutions will have to find a way out”, he warned. And Bolsonaro showed that he intends to maintain his line, defending, in the possession of the new Minister of Health, Nelson Teich, the reopening of the borders with Uruguay and Paraguay and of trade. Teich did not announce his proposals for Covid-19, but Bolsonaro warned him that the measures must take into account the interests of the economy and pass the scrutiny of the President’s Civil House.