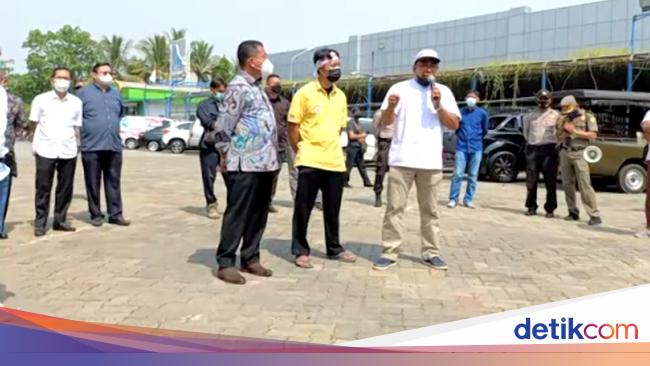 Hundreds of chicken farmers are preparing to hold demonstrations in various locations, including the DPR today. This action was carried out to demand an increase in egg prices and a decrease in the price of animal feed.

Before heading to the DPR, the breeders had time to convey their aspirations to PT Charoen Pokphand Indonesia (CPI). A farmer from Blitar, Cholil wants the company to help farmers to stabilize egg prices in the market.

“What farmers expect is how the price of eggs can be stable. It’s useless now to increase it, but later it will fall again. That’s not what small farmers expect, what is expected is maybe please I respectfully ask for proof by when egg prices can be stable and small farmers can enjoy, ” he said during a visit to the CPI Office, Monday (11/10/2021).

On that occasion, Cholil also asked about the issue of selling reeding eggs or HE (Hatched Egg). Given this, he said, it could affect the fall in egg prices on the market.

“From the Blitar situation that I live in, it’s minimal from facts, but there’s a lot of news I received that I didn’t know. Sometimes small farmers get traumatized when they hear that HE eggs are circulating, is it true or not? We just want to know if the news is true or not. It’s just an issue, so the HE eggs are actually circulating or not,” he said.

See also  There are many Covid drugs in stock, we don’t live with them

“We hope that there is some kind of policy from the company, we have subsidies for feed and our eggs are bought. For that, when there is a policy (increase in egg prices) such a policy can be pursued through a farmer cooperative. Any number of eggs purchased can be an effort to increase egg prices to normal. ,” he said.

Responding to this, the Representative of Charoen Pokphand Indonesia, Yosi emphasized that his party did not sell HE eggs. Moreover, this rule has also been regulated by the government.

“So the HE eggs are not sold because the Ministry of Agriculture and the Directorate General of Livestock and Animal Health (Ditjen PKH) have production control. So, the chicks must be taken and then hatched. If the chickens are taken, what are the remaining eggs for sale? Since August 2020, we have not sold HE eggs,” he said.

On the other hand, the management of Charoen Pokphand Indonesia, Agus said that his party will buy eggs at Rp 2,000 above the market price starting next week. He said this effort is a form of empathy and support so that the price of eggs in the market also increases.

“I also say that starting next week, for Charoen Pokphand Indonesia’s empathy for the breeders, we will buy breeder eggs for Central Java and East Java for Rp. 2,000 above the market price. We are slowly increasing it, regional heads from Central and East Java. It’s okay. Hopefully with our empathy, the price of eggs can increase again and all of our colleagues can live in prosperity,” he explained.

“Those who want to buy eggs, please coordinate with Pak Suryono. This is our first step. Rp 2,000 above the market price for a while starting next week,” he added.

Regarding animal feed, Agus said that his party had also provided subsidies starting last week. However, he asked that breeders can also coordinate with other companies or livestock industries.

“Actually our business, starting last week there was a subsidy for layer feed of Rp. 100 valid for the next two weeks. However, please note that there are 100 food factories in Indonesia and not only Charoen Pokphand. So, please, colleagues, ask for empathy from each company. Let our fellow breeders work together with this synergy, hopefully the price of eggs will rise soon,” he concluded.