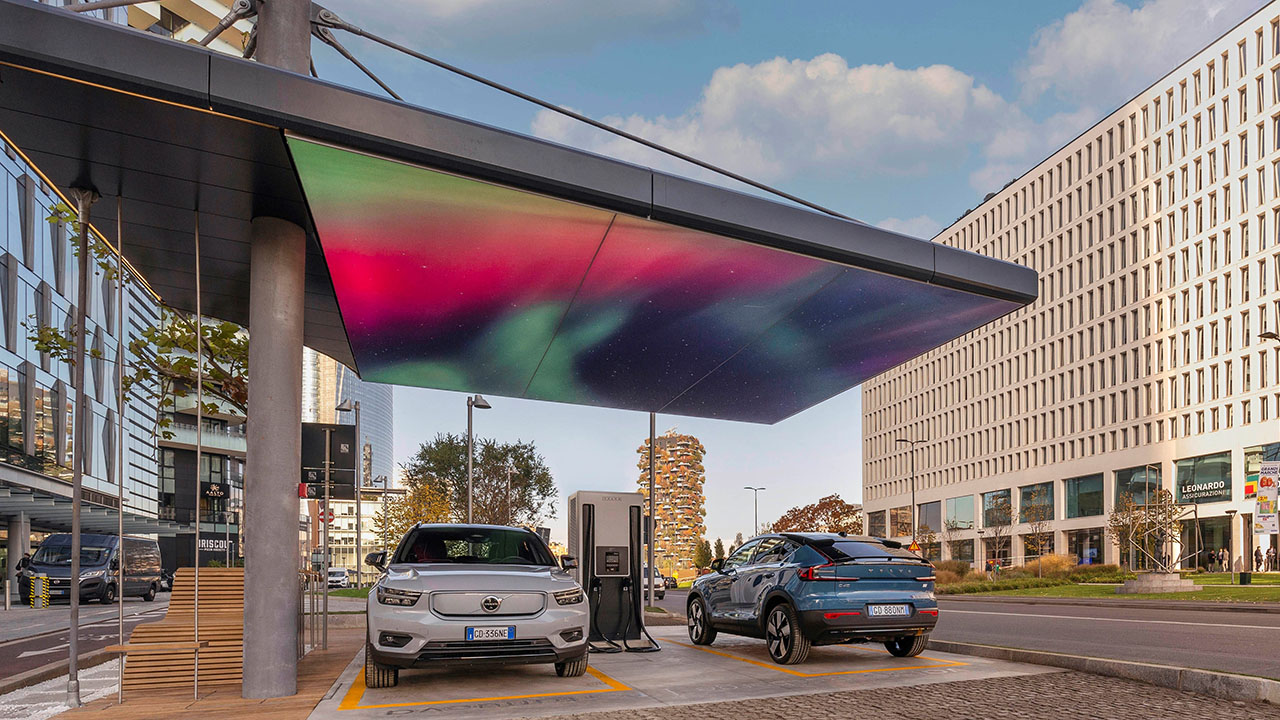 A few months ago Volvo had communicated the desire to create a ultra fast charging network, which had the neighborhood as its starting point Porta Nuova of Milan, where the Volvo Studio is also located. Yesterday the inauguration of the first station was held, located in Viale della Liberazione, with the presence of Michele Crisci, President of Volvo Car Italia, and Manfredi Catella, Founder and CEO of COIMA, partner chosen for the occasion. .

The recharging point has two parallel stalls, with a column positioned in the center, capable of dispensing fino a 150 kW in direct current. The energy used is provided by Dolomites Energy, and is 100% renewable in origin. COIMA is also the owner of the infrastructure, which will however be open to everyone through Plugsurfing and Duferco.

In a first initial test phase (until November 30th) it will be possible to load at the Porta Nuova station only with a Plugsurfing (or Duferco) account. Then, once the various roaming necessary have been activated, the possibility of recharging will be extended to other providers on the market. Regarding the cost, Volvo stated: “Charging with a Plugsurfing account will cost 0.35 € / kWh, guaranteed in this first phase of the project to both Volvo customers and users of other brands. Following this, the price for non-Volvo customers will be aligned to the market“.

The Porta Nuova Volvo Recharge station is therefore the starting point of Volvo Recharge Highways, which through the Volvo Italia network dealers will bring ultra fast recharging throughout the national territory.