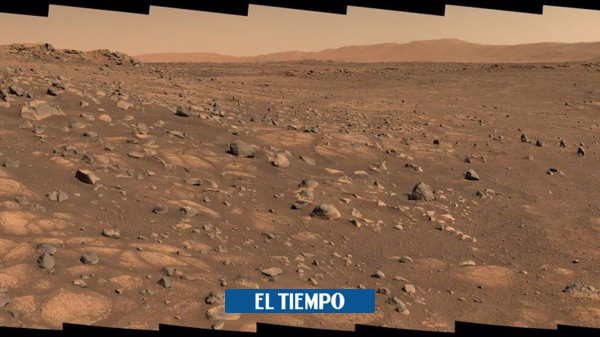 In a statement, the Emirati mission stated that “the observations contain completely unexpected characteristics that will have far-reaching consequences for our existing models of the Martian atmosphere and our understanding of its behavior.”

(Read also: How to see the rain of the draconids at dawn this Saturday)

“We had not anticipated structures of this magnitude and complexity,” said the woman leading the mission, Hessa al Matroushi.

Images taken by the Hope space probe show variations in the concentrations of atomic oxygen and carbon monoxide in the Martian atmosphere on the day side and reveal the abundance of oxygen.

(Read also: Tenochtitlan Skull Tower in Mexico: Who were they from?)

“These data are going to have an impact on the models known so far of the Martian atmosphere as well as our knowledge of the changes on Mars,” Sarah al Amiri, UAE Minister of State for Advanced Technology, said via Twitter.

The images were taken at a time when Mars was farther from the Sun and when solar activity was low, and in them you can observe the oxygen emissions at different wavelengths, which in the images can be differentiated by being brighter and have a large size.

The large structures had not been photographed before, said the mission, and “challenge the conceptions of scientists” about the atmosphere of the red planet, which is very complex and that the Hope probe has been studying in detail since it was launched last February. .

(Read also: The day a plane crashed with a hot air balloon in Bogotá)

The Emirati probe completes an orbit to the red planet every 55 hours to capture a complete sample of planetary data every nine days and will do so for two years to “map the atmospheric dynamics of Mars.”

– David Sinclair, the scientist who claims that ‘old age is a disease’