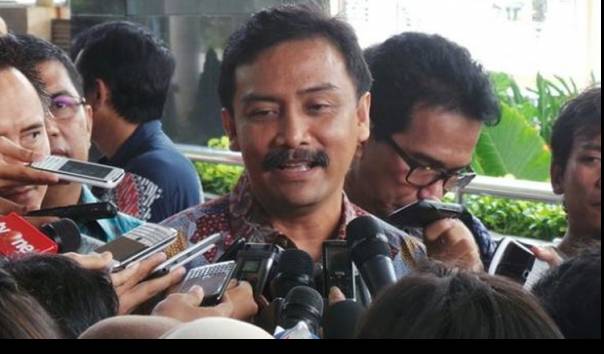 The former Presidential Spokesman during the reign of the 6th President of the Republic of Indonesia Susilo Bambang Yudhoyono (SBY) said that party political meetings should not be held at the Presidential Palace.

Also Read: Portrait of Puan, Mega and Prabowo Photo Together at the Inauguration of TNI Commander General Andika

Andi then compared to the era of SBY when he served as President of the Republic of Indonesia. According to him, SBY never held a meeting of political parties at the State Palace or the Merdeka Palace when he was head of state.

“In Pak SBY’s time, political party activities were usually carried out in Cikeas,” said Andi, quoted from Kompas.com on Monday (22/11/2021).

Andi Mallarangeng admitted that he was surprised that a meeting with a political agenda could take place at the State Palace, even without President Joko Widodo (Jokowi).

“How can there be people who are not presidents holding party political meetings at the Presidential Palace,” Andi said.

“The president alone doesn’t deserve it. Have you got the president’s permission?”

Also Read: Prabowo’s Moment Explains the Concept of Defense and Security at the IISS Manama Dialogue Forum in Bahrain

Andi then explained the reason why the State Palace should not be used as a meeting place for party politics.