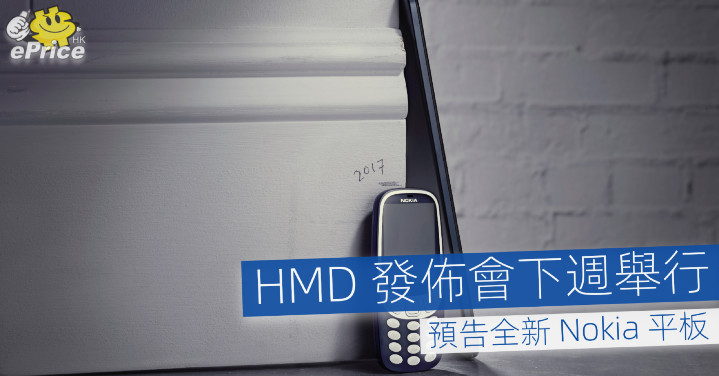 HMD Global announced earlier that it will hold a press conference on October 6. Yesterday, Nokia Mobile uploaded photos on the social platform, suggesting that a new tablet will be launched. What’s interesting is that the Nokia 3310 re-enacted version released in early 2017 appears in the photo, and next to it is a brand new tablet that is believed to be announced next week.

Nokia Mobile’s Twitter post stated that all the things expected to appear on Nokia phones will be found on the tablet. As for why the new tablet advertised with the new tablet is the re-engraved version of Nokia 3310 instead of other newer models, it is still not known for the time being. What is the intention. Earlier on the website NokiaMob revealed that the new tablet is called Nokia T20, equipped with a 10.36-inch screen, 4GB RAM and 64GB storage.