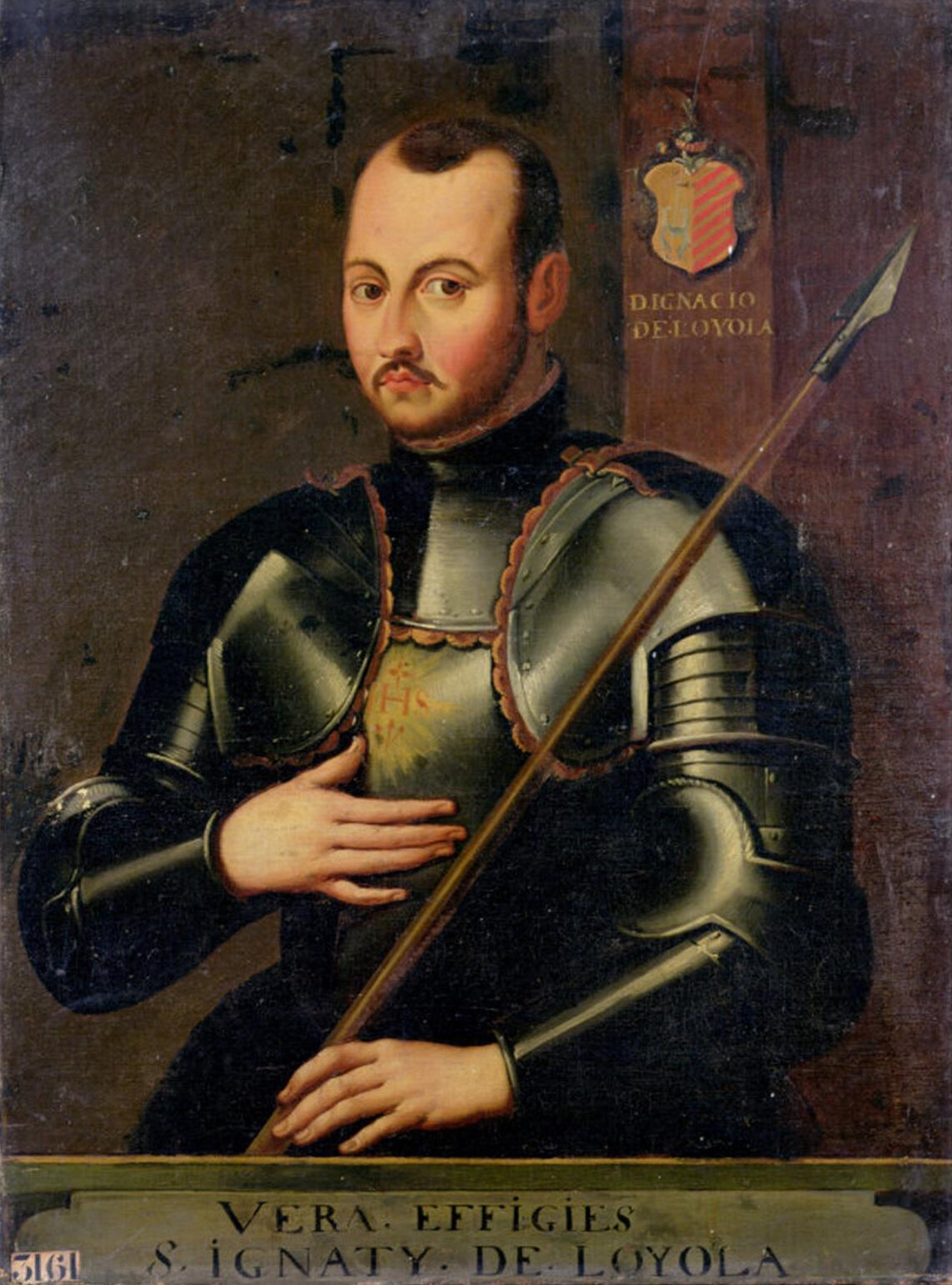 He was born in 1491 as Iñigo López de Oñaz y Loyola (he later took the name Ignatius as more recognizable outside the Basque country). He came from a noble and wealthy Spanish Loyola family and was born in their ancestral castle. Initially, he had little interest in church affairs and was trained as a knight. In 1517, he went to serve his relative, Antonio Manrique de Lara, Duke of Najer and Viceroy of Navarre. In May 1521, during the French siege of Pamplona, ​​he suffered a very serious accident – a cannonball damaged both his legs. Severely wounded, he was taken to the family castle, where his life and health were fought for many weeks.

When his condition improved, but still needed a lot of rest, he asked for something to read. He received the Holy Bible and Ludolf’s Vita Christi from Saxony. He was fascinated by stories that, although he knew, never paid much attention to them. He realized that serving God was a kind of holy knighthood, and he decided to start a strict life like the saints. The family asked him to change his intentions, it was even said that he would bring shame to his loved ones. Ignacy, however, decided to fulfill his calling.

In February 1522 he made a pilgrimage to Montserrat, where there is a wooden statue of Our Lady with Child, supposedly carved by Saint Luke. Ignatius hung his sword and dagger near the statue as symbols of his conversion to a holy life. For the next year he lived as a beggar and prayed seven hours a day, often in a cave near Manresa in northeastern Spain. During this time, he composed an early draft of The Spiritual Exercises, a manual for spiritual meditation and conversion. In 1523 he made a pilgrimage to Jerusalem.

After returning to Spain in 1524, Ignatius decided to receive a broad education in order to prepare himself for his spiritual mission. He studied in Barcelona and at the University of Alcala, where he began to gain followers. Suspected of heresy, he was tried in Alcala and later in Salamanca, but was acquitted each time. He was forbidden from teaching until he obtained the priesthood, so he went to the University of Paris to continue his studies.

In August 1534, the Jesuit movement was born when Ignatius led six of his sympathizers to Montmartre near Paris, where the group took vows of poverty and chastity and planned to go to the Holy Land to convert Muslims. If the trip was not possible, they swore to offer themselves to the Pope for apostolic work. In 1537 Ignatius and most of his companions were ordained. Unable to go to Jerusalem because of the Turkish wars, they went to Rome to meet the Pope and ask for permission to form a new order. In September 1540, Pope Paul III approved the outline of the Society of Jesus, as the Jesuit Order is formally called.

Under Ignatius’ charismatic leadership, the Society of Jesus grew rapidly. Jesuit missionaries played a leading role in the Counter-Reformation and recovered many European believers lost by Protestantism. During Ignatius’ lifetime, Jesuits were also sent to India, Brazil, the Congo region and Ethiopia. Education was of great importance to the Jesuits, which is why Ignatius founded in Rome the Roman College (later called the Gregorian University) and the Germanicum, a school for German priests. Jesuits also ran several charity organizations, incl. for former prostitutes and for Jewish converts. In 1556, when Ignatius de Loyola died, there were over 1,000 Jesuit priests and religious in the world.

In the next century, the Jesuits established their posts around the world. The “Black Robes”, as they were called in America, often outstripped the authorities of the colonial countries in exploring foreign lands and their societies. The life of a Jesuit was associated with enormous risks, and thousands of priests were persecuted or killed by the natives. However, in some countries, such as India and China, Jesuits were treated well, considered people of wisdom and learning.

In 1773, Pope Clement XIV, under pressure from the Bourbon monarchy, dissolved the order. However, already in 1814, Pope Pius VII succumbed to universal demands and restored the Jesuits.

Ignatius de Loyola was canonized as a saint of the Catholic Church in 1622.