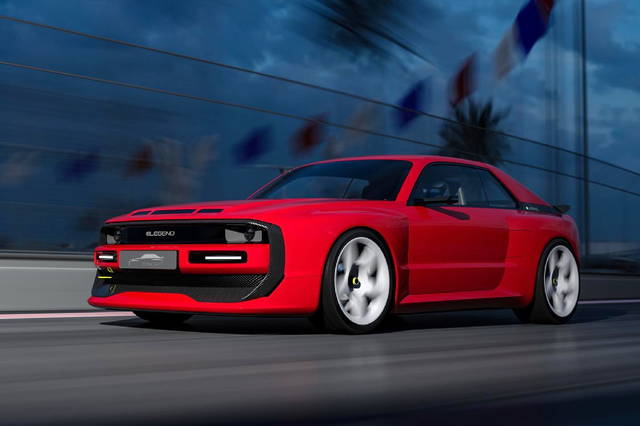 A LEGEND – The ELegend EL1 is an electric hypercar designed by a German startup, inspired by the Audi Sport Quattro, the iconic sports car of the 1980s used as the basis for the multiple Group B rally cars.

THREE ELECTRIC MOTORS – The ELegend EL1 it has a power of 816 HP, ensured by three electric motors powered by a 90 kWh battery, which should guarantee up to 400 km of autonomy. According to what has been stated, the sprint from 0 to 100 km / h is 2.8 seconds and the maximum speed of 255 km / h.

A MUSCULAR DESIGN – The forms of the ELegend EL1 they are a clear reinterpretation of those of the illustrious ancestor, with its wide and rounded wheel arches, the gritty front, the rounded bonnet and the very inclined rear window at the end of which is positioned a wing. The front wheels are 19 inches, the rear 20 inches and the front and rear lights are led. The interiors appear minimal and characterized by the presence of four screens for instrumentation, multimedia system and rear-view mirrors.

SOLO 30 – The ELegend EL1 is based on a carbon fiber monocoque frame, which helps keep the weight below 1,680 kg. Marcus Holzinger, founder of ELegend, stated that the prototype should begin development tests at the beginning of 2022, while the subsequent production is entrusted to Roding, a German company specializing in the creation of prototypes. Only 30 copies will be made at the unit price of 890,000 euros (plus local taxes).