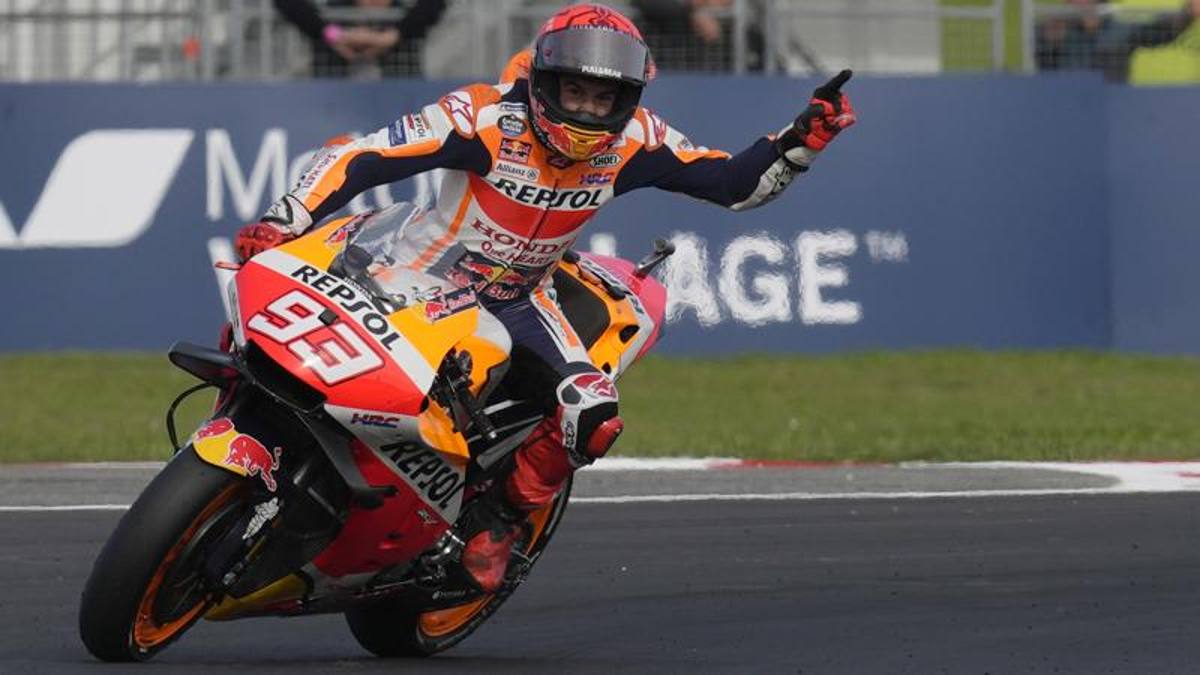 While waiting for Marquez to recover (he reassured everyone), the Japanese team develops a bike that favors power control at the rear. The hunt for a new young talent is also open, perhaps even to snatch from the Ducati basin

Marc Marquez reassured everyone on the Honda “media day”. “I feel better – said the Spaniard – step by step, it seems that now the time to finally get back on the bike is near. However, I still have to be patient, as it is a slow process. I have to recover the best condition. I am very motivated for the 2022 season. Passion will push us ”. Now the goal is to get back in full shape from the first tests on 5 February in Sepang and above all from the opening of the 2022 World Championship, on 6 March in Losail, Qatar.

Honda is committed on two fronts, both of which are decisive for getting back to the top: there is a “motorcycle question” and there is a “riders question”. For the first time in years, Honda, compatibly with the particularly restrictive technical regulations, passes from the logic of evolution to that of revolution. It is not so much a question of the power of its V4 engine, but of how this power is delivered, of how it is unloaded on the tires, especially at the rear, of how it is managed by the driver in each circuit, optimizing driveability to give more aerodynamic load, in this case on the front wheel, improving cornering and reducing wheelies under acceleration.

In the balance to maintain front and rear, Honda has changed priorities: no longer a bike “oriented” on the front (this has been the choice of Ktm with its RC16 up to now) but a bike that privileges the load on the front. rear, in practice what Ducati and Aprilia already do. Already in the Jerez tests at the end of 2021, this new Honda in view of 2022, although not definitive, has shown the leap in quality, with the second time of Nakagami and the seventh of Pol Espargaro. As is known, today for the result in MotoGP, it is the tires that are decisive, also fundamental for the technical setting of the bikes and their development. From 2020, the Michelin rear softer than before, has “favored” the bikes with the four-cylinder in-line (Yamaha in primis) as the “V4” (Honda and also Ducati), less soft and more aggressive in delivery of the power, wear out the rear more, forcing the rider to take a very high risk and, in any case, to increase lap times. A matter of geometry and center of gravity, with the new RC213V engine tilted towards the rear that gives the new racing car more speed on the straight and, above all, makes it safer and easier to take to the limit, and not just for Marc Marquez. This on a theoretical level and also compared to what we saw in the Jerez tests at the end of 2021. Then, with all the variables, the music changes during the race.

However, the prototype of 2022 is not even distantly related to the previous RC213V, an “old” bike, actually derived from the RC212V 800. This time, in addition to the new engine, the bike has been completely rethought: different geometry and a greater balance of all. the components, with aerodynamics that allow all the power to be grounded and allow the rider the maximum feeling and the possibility of expressing all his “handle”. A late revolution? Obviously Honda had settled on the level of technical development, limiting itself to registering repeated victories in races and championships due above all to a rider like Marquez, capable of making a difference, always and in any case.

In the last two seasons, after the accident at Jerez 2020, with Marquez out or no longer at previous levels, the knots have come to a head, forcing Honda into the technical revolution, and more. Here, in fact, there is the “pilot question”. However Marquez’s recovery will go, Honda cannot help but think about after 2022, about a young rider who could become the “new Marquez”. The (young) MotoGP riders market is heavily influenced by Ducati which, far-sighted, with eight bikes on the track in 2022 (compared to Honda’s 4) is effectively monopolizing the young talent sector. In this case, after Yamaha’s excellent choice with Quartararo, Ducati and Ktm have also focused heavily on young people while Honda has limited themselves to running excellent riders in HRC and in the satellite Team, but nothing more, deceiving themselves in ready and full recovery. by Marc Marquez. Apart from Quartararo and Marquez, “off-market champions” who have already shown they can win even with bikes with lower technical potential, the 2023 riders market will largely revolve around the names of young people who were already able to be successful in 2021 and among these, the Ducati riders stand out, starting with Bagnaia, then Martin and Bastianini. With Quartararo removed, already married to Yamaha, Honda can only try to go fishing in Ducati waters.

Which driver should you aim for?

Beyond the internal movements between HRC and satellite team or surroundings (Pol Espargaro, Taka Nakagami, Alex Marquez or even Iker Lecuona, excellent but not top) Honda cannot fail to focus on a new thoroughbred horse. Rumors of an HRC courtship of Pedro Acosta, if confirmed and translated into an upcoming marriage, prove that the golden wing house pulls straight. The 17-year-old Spaniard new Moto3 champion in his first season as a Rookie is a thoroughbred capable of doing well immediately this year at his Moto2 debut and then launching (with an encore world champion?) From 2023 into the adventure of the premier class. Perhaps the new Honda MotoGP needs a season (2022) of running in. Ditto, without perhaps, for Acosta in the season of transition to Moto2. Then 2023, the year of the consecration of the new Acosta-Honda duo? Nothing is taken for granted because the market (Drivers-Case-Sponsors) has its own rules and never say never until it is written in black and white. In 2023 Acosta will be 19: for Honda, therefore, there is a risk. In this case, given Pedro’s talent and skills already demonstrated on the track, the game is worth the candle.