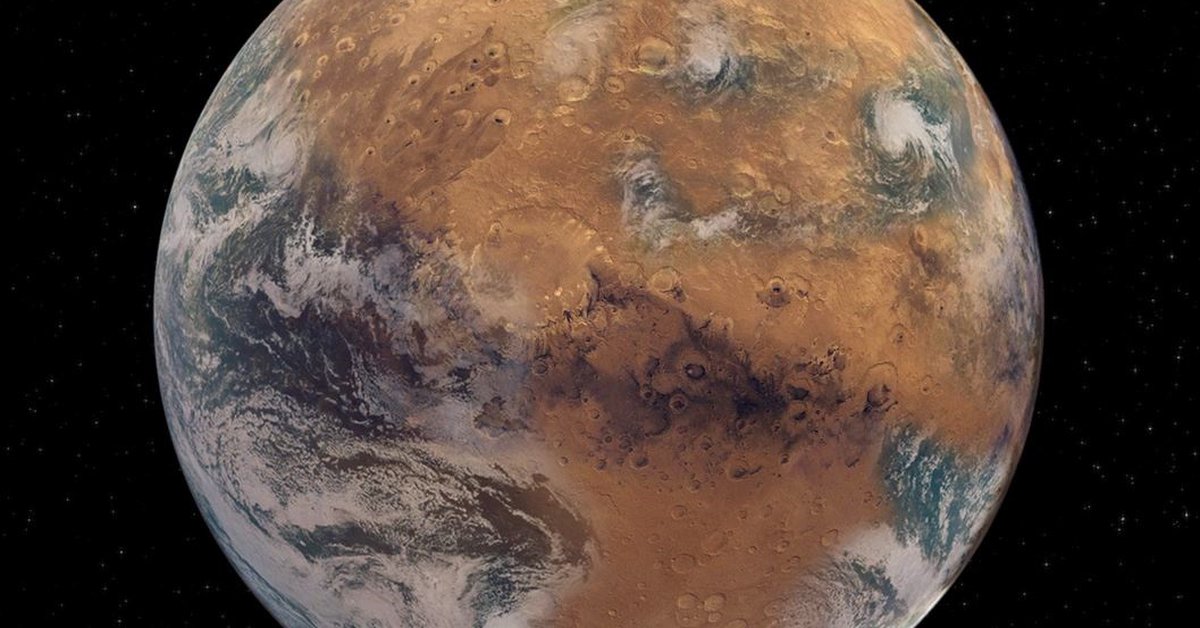 09-21-2021 Artistic interpretation of a Mars with surface water similar to that of Earth. RESEARCH AND TECHNOLOGY POLICY NASA EARTH OBSERVATORY / JOSHUA STEVENS

Since NASA’s Perseverance rover arrived on Mars in early 2021, there has been great expectation for its work and its possible findings, especially because of the place where he would work: the Jezero crater, one of the most important on the red planet.

At first, the robot had to support repairs and some flight issues for the Ingenuity helicopter until months later it was able to start with its real task: Find evidence that Jezero once had water.

Thus, what initially began as a simple hypothesis became a truth and after several months of work, Perseverance found pockets of what was once a large body of water on Mars.

“The findings are based on detailed images the rover provided of long, steep slopes called escarpments or escarpments in the delta, which were formed from the accumulation of sediment at the mouth of an ancient river that long ago fed the crater lake”, Indicated the United States Space Agency, through a report published in the journal Science.

IN CONTEXT: Thanks to the Perseverance robot, NASA confirmed that Mars had a lake and a river

The photos captured by NASA’s six-wheeler show a series of rocks in the upper part of the crater, in addition to a very fine grain in the lower part of the delta that would reveal the existence of the vital liquid in this area of ​​Mars.

“This is the key observation that allows us to confirm once and for all the presence of a lake and river delta in Jezero. Gaining a better understanding of hydrology months before our arrival in the delta will pay big dividends down the road.”, Affirmed Nicolas Mangold, científico de Perseverance del Laboratory of Planetology and Geodynamics in Nantes, France.

08-10-2021 This image of “Kodiak”, a remnant of the fan-shaped sediment deposit within the Jezero crater on Mars known as the delta, was taken by Perseverance’s Mastcam-Z instrument on February 22, 2021. RESEARCH AND TECHNOLOGY POLICY NASA / JPL-CALTECH / ASU / MSSS

Of course, saying: “there was water on Mars” is a phrase that marks the history of space travel and the human being as such, taking into account that It is a discovery that is born after the investment of many lives, time and money in favor of increasing the knowledge we have of the universe.

However, parallel to discovering that Jezero was a large body of water, there are also other findings that in case of giving the desired results would demonstrate the existence of life on Mars. “Where there was water surely there was life” is the argument used by many scientists and it is precisely in this “crazy” idea that this whole project makes sense.

Likewise, the view of the escarpments in the delta offer great value to the study of the crater, since the rocks obtained in these sites have become a map showing where Perseverance can go directly with the illusion of finding more and more details of Mars’ aquatic past and of course of possible traces of life (even if it is microbial) in its territory.

“The rover team has long planned to visit the delta because of its potential to host signs of ancient microbial life. One of the mission’s primary goals is to collect samples that could be brought to Earth by the Mars Sample Return effort from multiple missions, allowing scientists to analyze the material with powerful laboratory equipment too large to carry. to Mars ”, adds the NASA document.

In this way, the discovery of a past with water on Mars has not only become the greatest discovery on the red planet, but it gives clues of what could have been a living existence in said star.