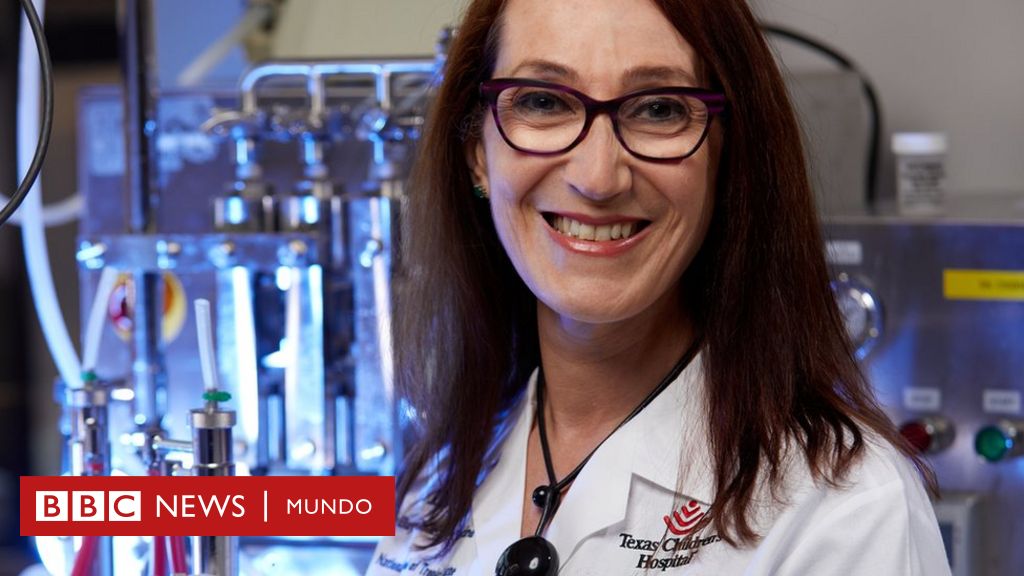 Since the first covid-19 vaccines were approved, an intense debate has arisen that divided the world.

On the one hand, there were the pharmaceutical companies of powerful countries that protected the intellectual property of the vaccines they developed.

And on the other, those who asked for the patent release so that vaccines could be produced in larger quantities and reach the poorest countries.

Now, a Honduran scientist hopes to end that confrontation, thanks to the development of a patent-free vaccine.

It’s about the doctor María Elena Bottazzi, co-director of the Center for Vaccine Development at Texas Children’s Hospital in Houston, United States.

Bottazzi and Dr. Peter Hotez designed a vaccine against covid-19 that received authorization for use at the end of December. emergency use in india.

The name of the vaccine is Corbevax and, according to Bottazzi, all the information needed to make it is available on a non-profit basis.

“Anyone can replicate it”Bottazzi tells BBC Mundo. “Anyone can work with us.”

Bottazzi and his team are currently in talks to produce the vaccine in countries such as Indonesia, Bangladesh and Botswana.

And, being Honduran, she has a special interest in being able to produce in Central America and distributed throughout the region.

In conversation with BBC Mundo, Bottazzi explains why he considers Corbevax “the first vaccine against covid designed for the global health” and how he expects it to change the paradigms of vaccine production and distribution.

The vaccine developed by Bottazzi and Hotez is based on a traditional technology, called recombinant protein.

This technology already has proven to be effective for decades, in vaccines such as hepatitis B, for example.

Its operation is based on using enough proteins of a virus to awaken a immune responsebut not the disease.

In addition, it requires a production process more simple and cheap than other types of vaccines, such as the messenger RNA ones produced by Pfizer or Moderna.

Bottazzi and Hotez had been working on a vaccine since the early 2000s, when epidemics of SEAS y SARS, which are also coronaviruses.

As these viruses did not lead to a pandemic, interest in these vaccines was lost, but with the arrival of SARS-CoV-2, Bottazzi and Hotez they resumed their jobs taking advantage of the path they had already advanced.

Thus, when the pandemic struck, Bottazzi and Hotez were ready to develop the necessary tests to perfect their vaccine.

“But there was no interest”Bottazzi says, referring to the fact that they did not get the support of US government agencies.

“They were focused on what had to be an mRNA vaccine,” he explains.

“It was a failure not to support technologies such as recombinant proteins, or conventional vaccines, because it is true, maybe we take longer to produce, but once we succeed, we can produce billions of doses. While with mRNAs, they can be produced quickly but not on a sufficient scale. “

The efficacy of the vaccine

But when the third year of the pandemic, Bottazzi’s vaccine seems to finally have its chance.

For the scientist, the government of India was “more ingenious”.

“They said ‘if nobody wants these vaccines, I am going to review them and produce my own vaccines, without having to wait for someone to come to us. give away‘”.

The Baylor College Hospital in which Bottazzi and Hotez work, partnered with the Indian laboratory Biological E. to share information with them and to carry out the necessary studies to verify the safety and efficacy of the vaccine.

According to a Phase III study of 3,000 volunteers, Corbevax had a 90% efficiency to prevent disease caused by the original version of SARS-CoV-2, and 80% for the delta variant.

The data from these studies have not yet been published, so some specialists prefer to be cautious.

“Science, especially when it comes to public health, is based on the objective analysis of open data, without trusting the word of a vaccine manufacturer with a vested interest in the product,” he told The Washington Post James Krellenstein, co-founder of PrEP4All, an organization that ensures equity in health services.

And about the variant? omicron, Bottazzi says that they are doing tests and waiting for the validation of the results.

The researcher maintains that the data from the studies have not yet been published because it takes time to process and make them available to the public, and both they and Biological E. are small teams compared to the big multinationals.

At the same time, Bottazzi assures that “there will be no surprises”.

The truth is that the government of India has already commissioned 300 million vaccines a Biological E.

In addition, Bottazzi maintains that the idea is that in March the Corbevax enters the Covax mechanism, with which the WHO seeks a equitable distribution of vaccines among less developed countries.

Bottazzi is confident that his work will help change the production and distribution model of vaccines worldwide.

“Manufacturers have to have some altruism,” he says.

“The misfortune was that there was no such altruism in that emergency situation and we could not offer the world what it needed, and that is why we are still in this situation. situation so serious“, indicates the expert.

According to her, this patent-free model highlights the role of academic entities and it serves to call attention to governments to support more research areas.

“The vaccine is not a money-making product.”

Now you can receive notifications from BBC World. Download the new version of our app and activate it so you don’t miss out on our best content.